Church of the Nativity of John the Baptist 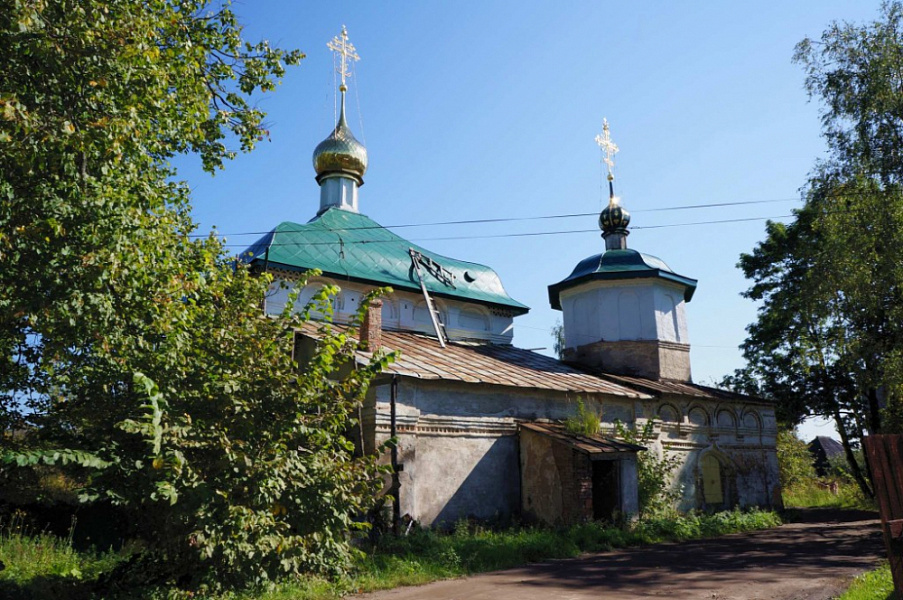 Approximately at the same time as the Nikolsky Monastery on Ivanovskaya Street, Toropetsky Posad (now K. Marx Street), a women's monastery appeared - Ivanovsky. As well as about Nikolskoye, almost nothing is known about him, except that he existed already in the 16th century and was very poor. A priest, abbess and twenty-five nuns lived in the monastery. The scribes say about them: "they feed from the church and from the world." In 1703, an antimension was issued here for the consecration of the St. John the Baptist Church, which is called "newly built". The date of construction does not contradict the architectural forms of the building, although they are somewhat lagging behind in their development and are characteristic of an earlier period. The small, squat church at first gives the impression of something unsaid. When you get to know the monument better, you walk around from all sides, you will involuntarily appreciate its volume, its plasticity.

John the Baptist is distinguished from other churches in Toropets by its unusual composition and proportions. The main expressiveness is achieved by a combination of the planes of the walls with a small interspersed decor, enlivening their flat surface, as well as due to the chapel on the south side, above which rises a miniature bell tower, rather resembling the octagon of the temple. This is probably why a high bell tower was soon built nearby, remaking the octagon of the old bell to complete the chapel. When the big bell tower was broken, the bell-octagon again acquired its former meaning in the composition of the church. Perhaps it was this technique of staging a bell tower over the side-altar that prompted the masters to put a bell tower over the refectory of the Epiphany Church. For all its parsimony, the decor of the Baptist Church is unusually diverse. Kokoshniks, crowning the temple, can remind Moscow ones, a curb belt and "plaits" along the corner blades - Pskov decoration techniques, carved columns of the temple windows are similar to those of Kargopol. Ukrainian prototypes can be seen in the form of the figured covering of the church and the bell tower.

The interior of the church is another notable feature. Its design refers to the next stage of the flourishing of Toropetsky construction, to the middle of the 18th century, when the local architectural school finally took shape. Modelers, woodcarvers, icon painters and many other masters worked together with the masons' artels on the decoration of the churches. Often one master performed several works at the same time. One can only regret that miserable remains have survived from the once magnificent decoration of the Toropets churches. Judging by them, the decorative design of the interiors was as interesting an example of local culture as architecture. The walls of the Baptist Church are decorated with stucco fluted pilasters entwined with flower garlands, beautiful canopy tents have been repeated many times. On the walls and vaults there are fancy cartouches with the thinnest frame. The interior decoration was complemented by a carved iconostasis. The stingy and generally unimpressive interior of the church, thanks to the magnificent decoration, became solemn, elegant, festive. The craftsmen managed to organically combine the unpretentious space of the building of the late 17th century with the ornate baroque.