Church of the Life-Giving Trinity 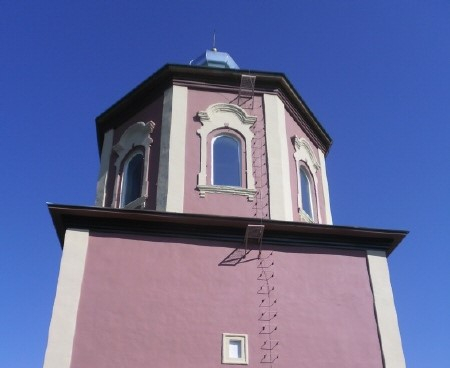 The stone Church of the Holy Trinity was built in 1762 by the landowner Peter Afanasyevich Karmolin at his own expense, which was reflected in the letter of Novgorod Metropolitan Dmitry kept in the church. The narthex connecting the church with the stone bell tower was added later. The church was renovated inside and outside in 1874.

The church had three thrones: the main one - in the name of the Holy Life-Giving Trinity and side-chapels - in the name of Saint and Wonderworker Nicholas and in the name of the great martyr Dmitry of Thessaloniki. The bell tower hung five bells, the largest of which, weighing 35 pounds, bore the inscription: "This bell in Moscow in 1888, August 27, by the master of Finland" and images of the Holy Trinity, St. Nicholas and Dmitry Thessaloniki. The smallest bell, weighing 4 pounds, bore an incomprehensible Polish inscription. The temple was destroyed in 1937.

Currently, an Orthodox parish has been opened in Ozerts, and the church is being restored. Before the restoration began, there were only the walls of the refectory part of the summer church, without windows. The vault collapsed. The main altar and two side winter chapels are missing at all. Currently, the vault of the main throne has been recreated, defects in the masonry have been eliminated (through destruction of the masonry at the corners of the quadrangle), a new rafter system with insulation of the vault has been installed and covered with galvanized sheet metal. The vault is crowned with a drum with an octagonal dome and a cross. The octagon has new windows - double-glazed windows in plastic frames.

Divine services have been held regularly since November 4, 2005 in a temporary church equipped in an empty building of the former district hospital. The temple is equipped with everything necessary for conducting divine services. Stove heating.