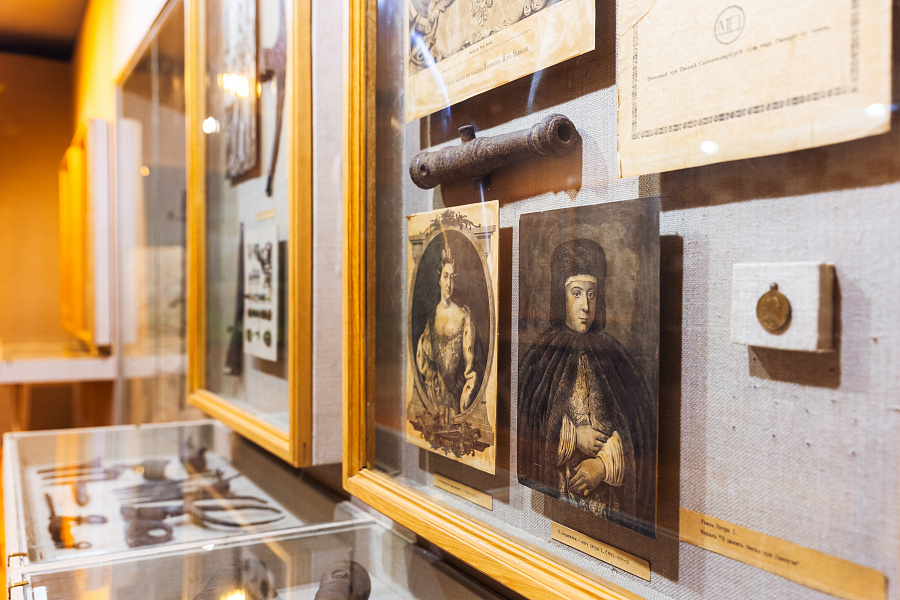 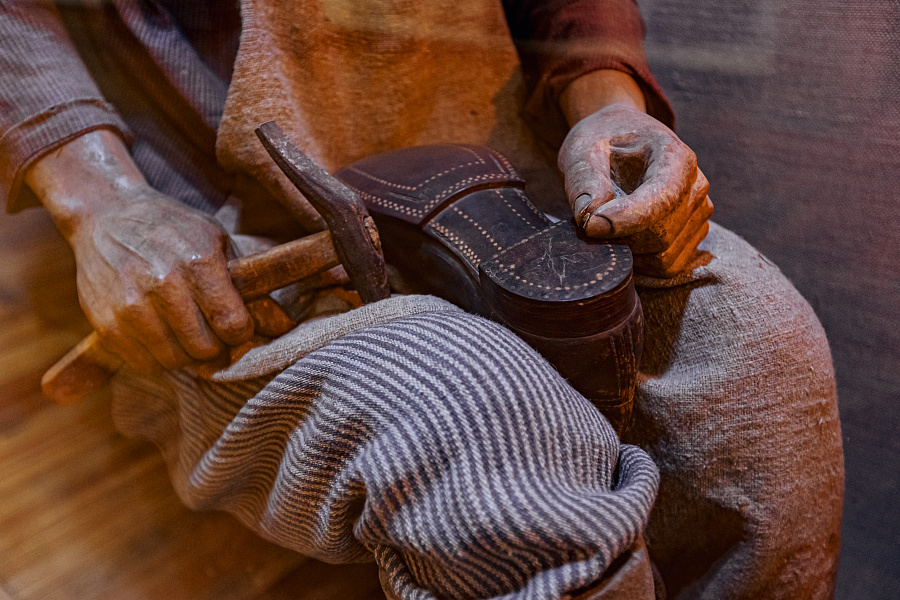 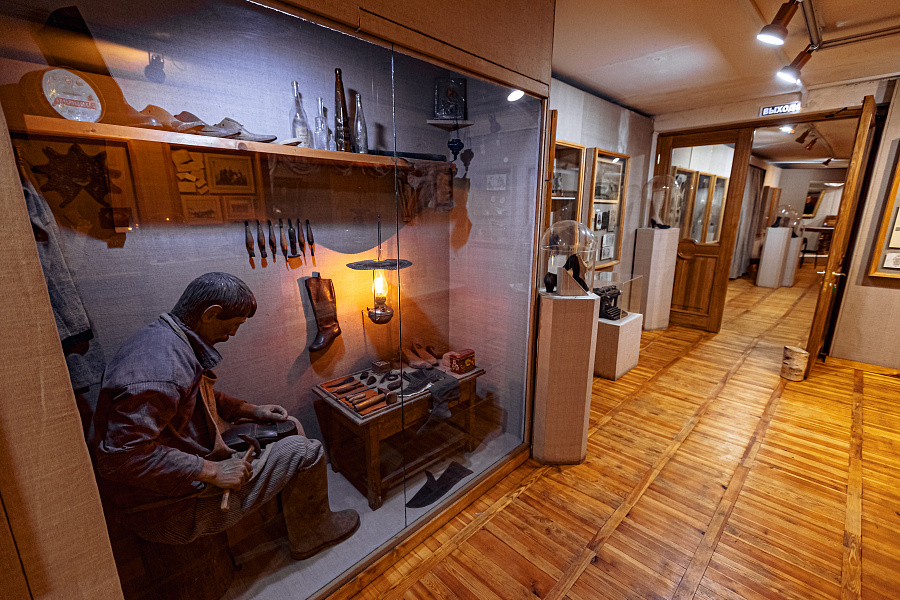 In the Kimry museum of Local Lore the unique collection of shoes made by local handicraftsmen and shoemakers is presented. Here one can learn everything about the legendary "Petrine Boots", see the fancy shoes of the XVIII- XIX centuries, look at the Kimry shoe- makers of the XX century beginning through the eyes of Ivan Mikhailovich Abalyaev (1901–1941) – a woodcarver who has an amazing talent. The name of the Kimry master is included in the "World Encyclopedia of Naive Art", published in Yugoslavia in 1984. Naive art is firmly rooted in the Kimry land. Lyubov Mikhailovna Maykova (1899–1998) lived in the village of Selishche to a twilight years and began painting pictures that brought her the fame. The museum has a collection of her paintings. Part of the museum's exposition is dedicated to the native of the Kimry region the aircraft designer A. N. Tupolev (1888–1972). There are presented his personal belongings, the airplanes models photographs.