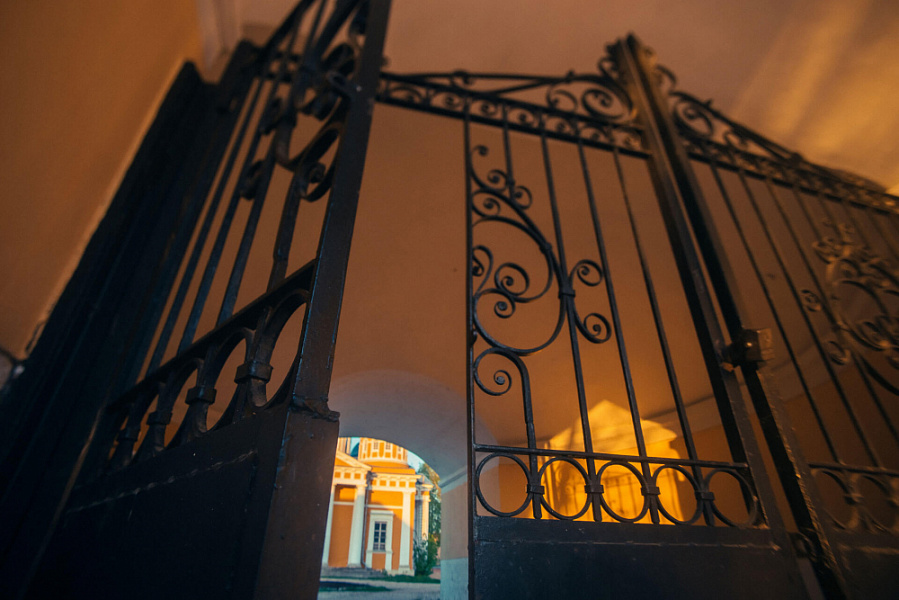 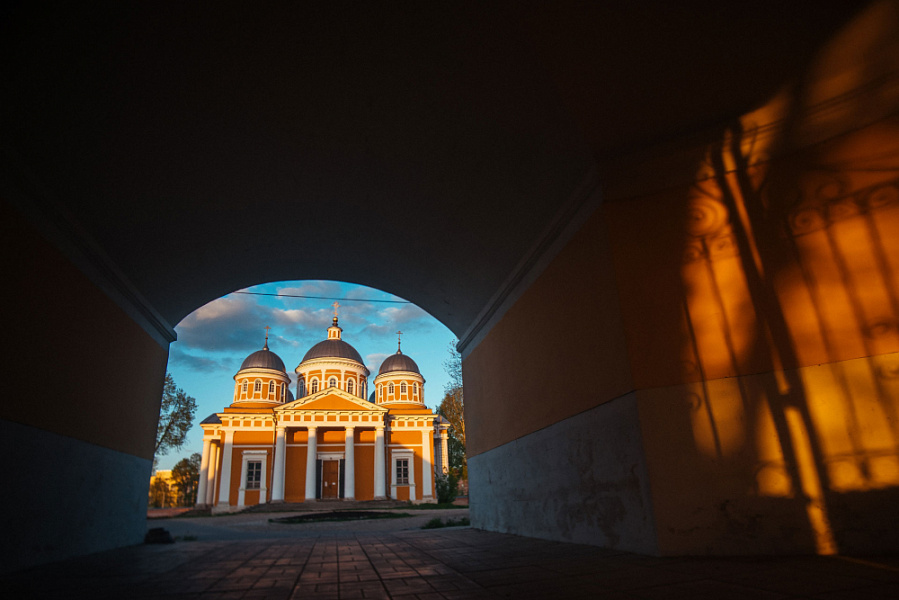 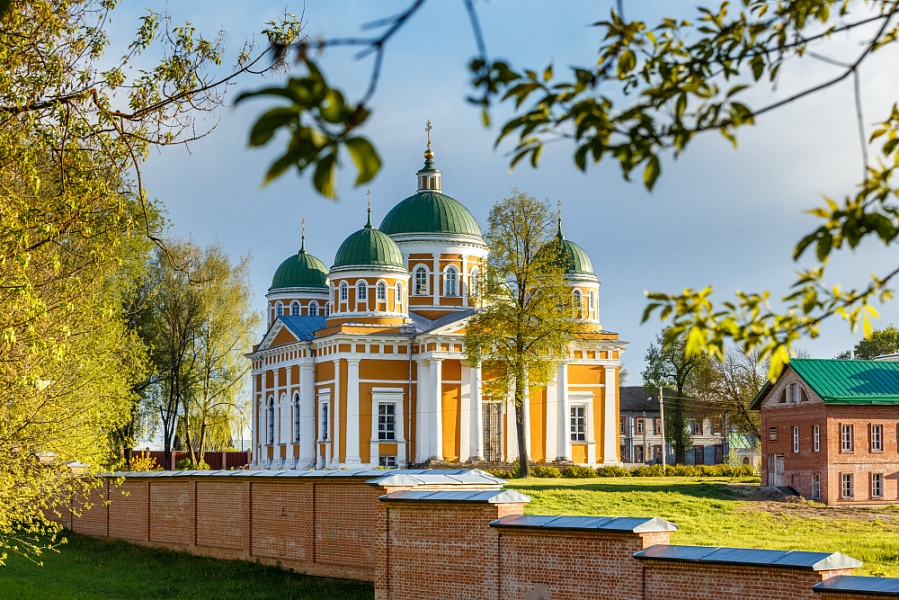 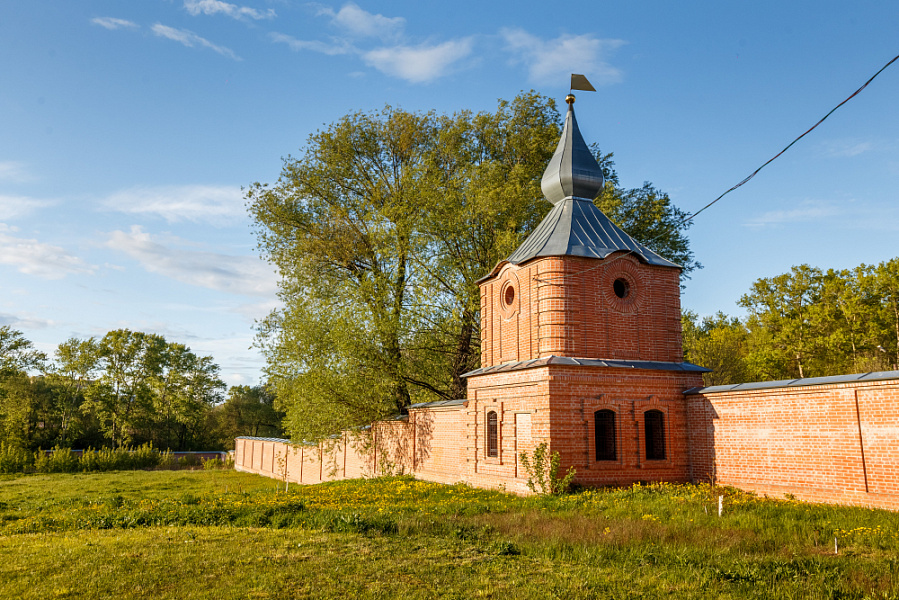 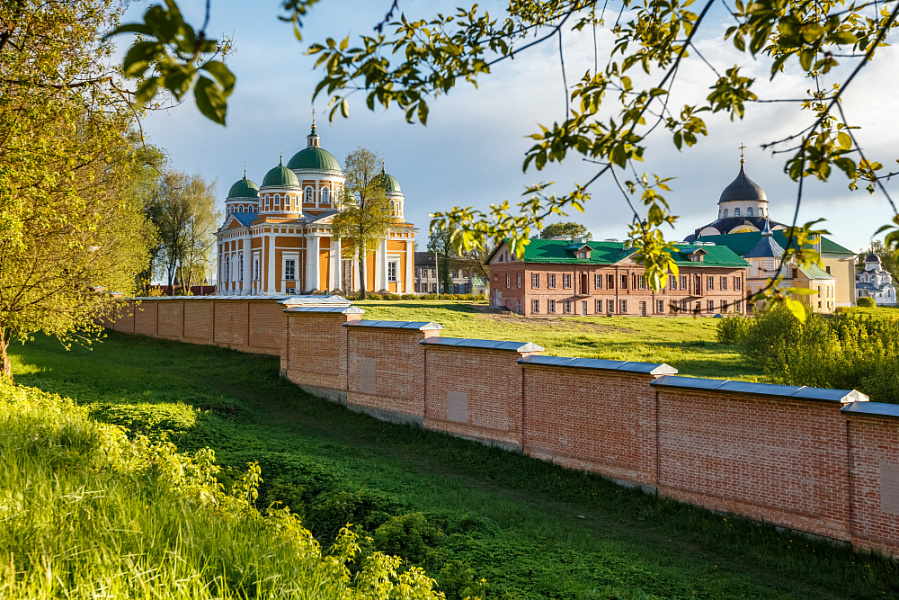 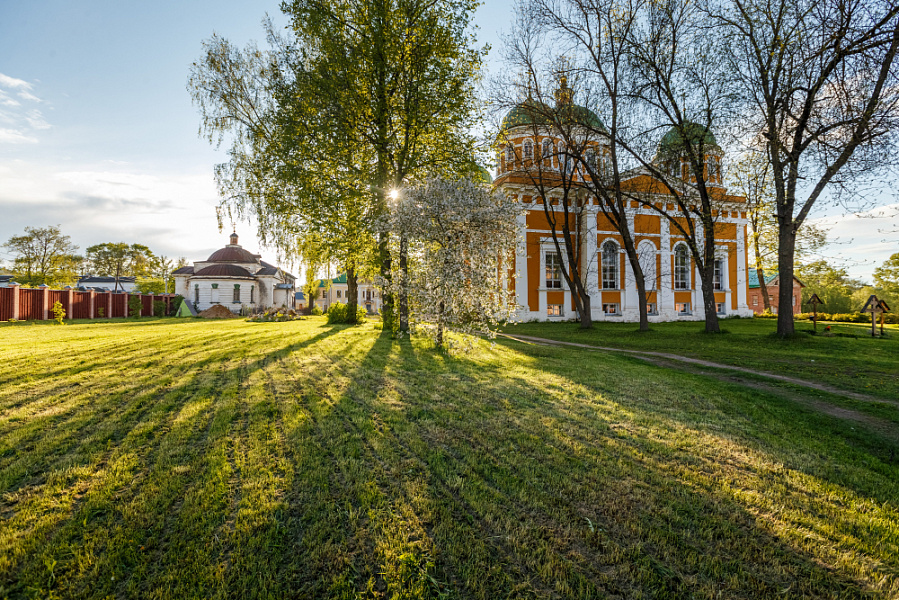 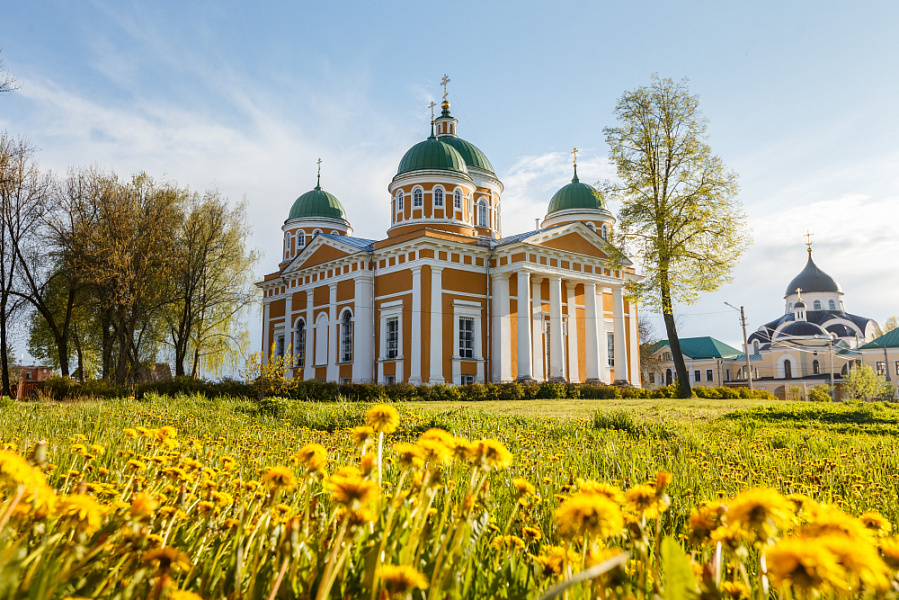 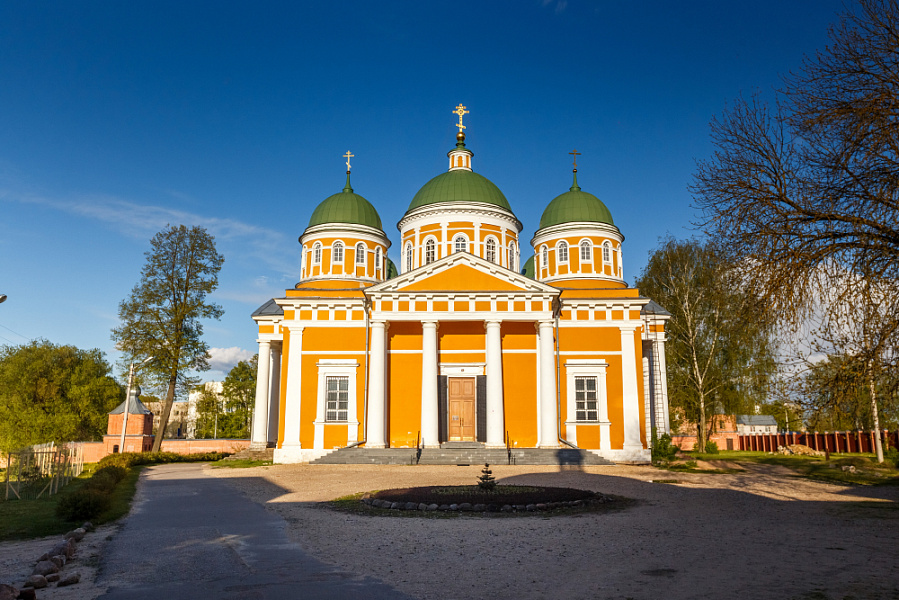 The Nativity nunnery  appeared in Tver in the late XIV century. The present Cathedral of the Nativity of Christ was built to 1820 in accordance with the project of the architect Carlo Rossi. In 1913 to the 300th anniversary of the reign of the Romanov dynasty the Resurrection Cathedral (Voskresensky) was laid. Its majestic building in the Neo_Russian style was built according to the design of the engineer N.P. Omelusty.