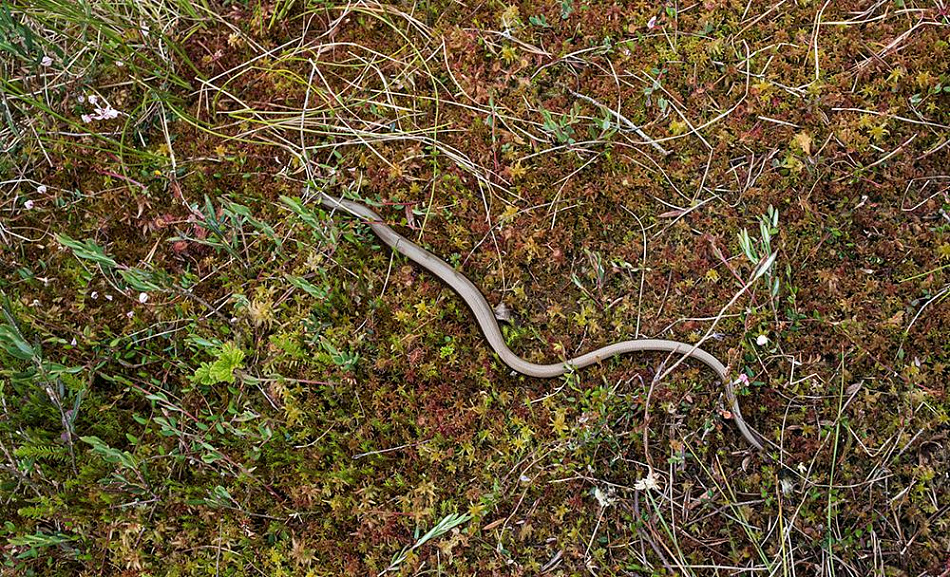 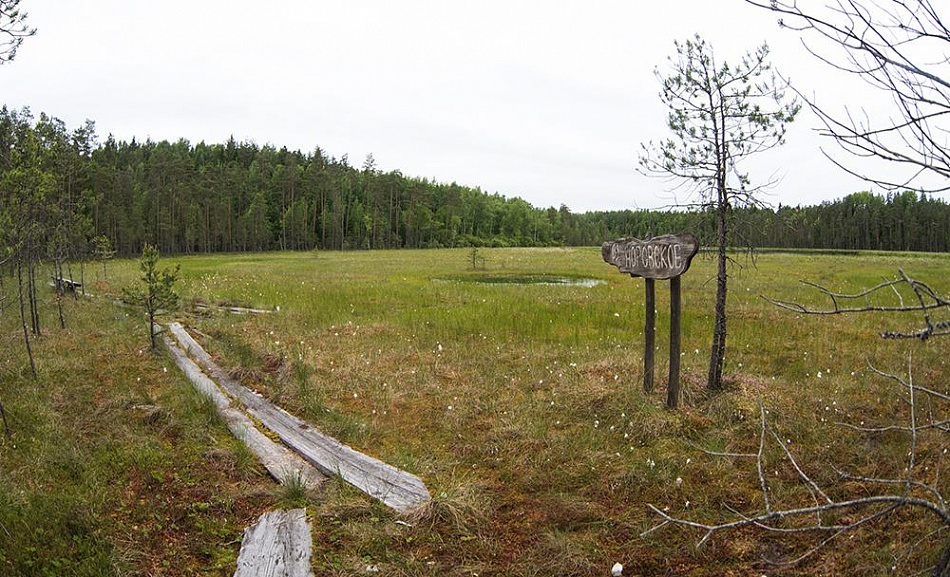 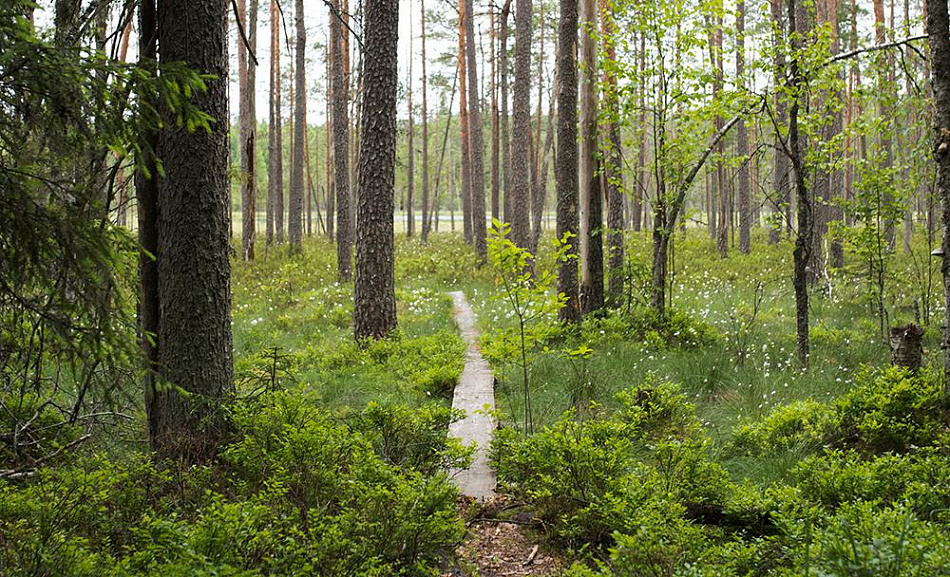 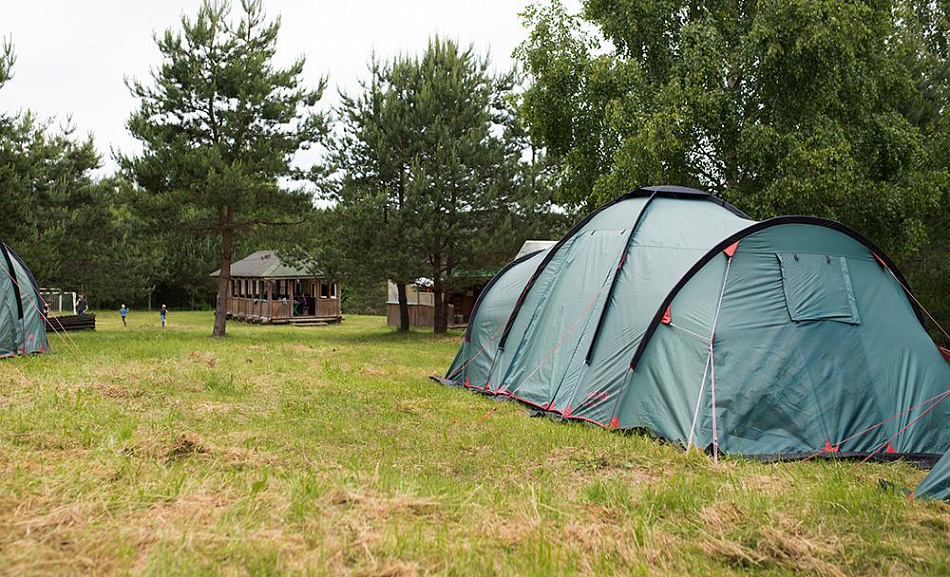 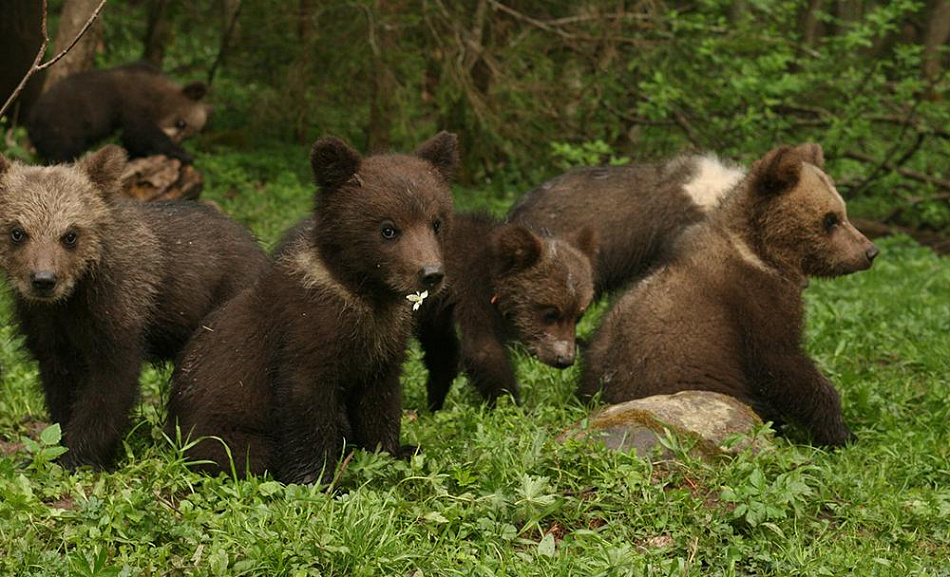 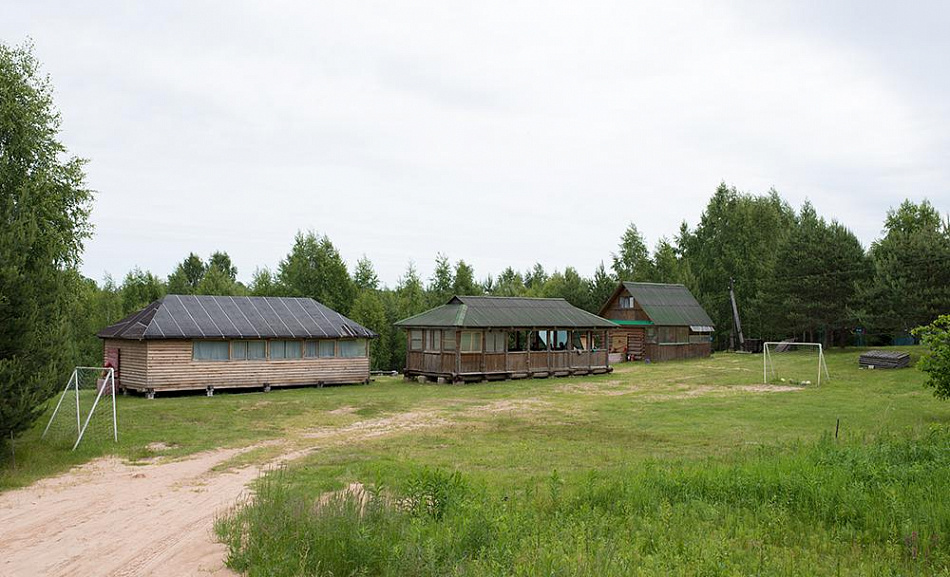 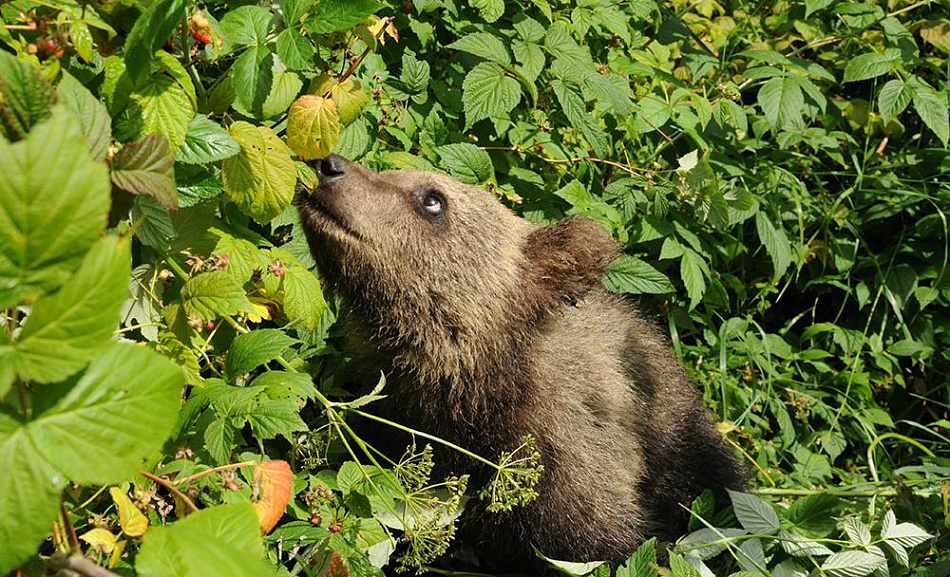 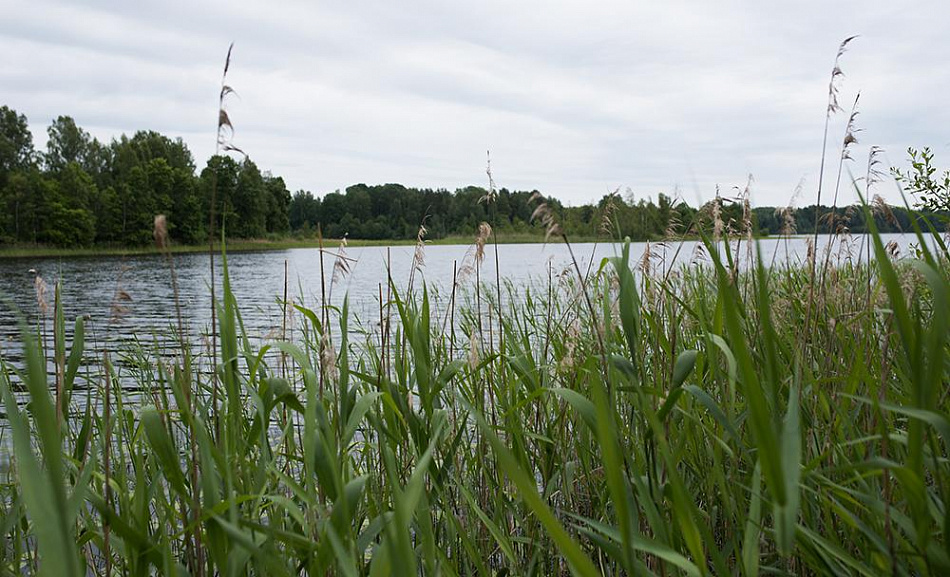 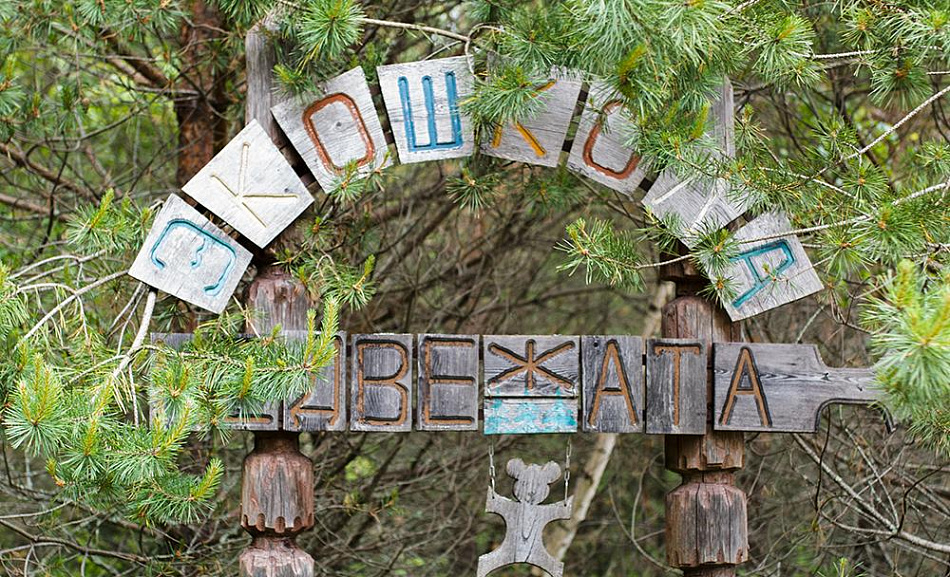 Work on the rehabilitation of orphaned bears is carried out within the framework of the IFAW Orphan Bears Rescue Center project of the International Fund for the Protection of Animals (headed by Sergey Valentinovich Pazhetnov). The goal of the project is to rehabilitate orphaned brown bear cubs who have lost their mother for various reasons, for their subsequent release into their natural environment. Photo © IFAW, Sergey Pazhetnov

The biological station "Clean Forest" in Toropetsky District was created in 1985 by the famous biologist, expert on brown bear, Doctor of Biological Sciences V.S. Pazhetnov.

Symbol of Russia
The brown bear is the largest forest predatory animal on Earth, with an amazing destiny determined by Nature. Adult bears live alone. Only during the period of short bear weddings do males find a friend. Bears feed mainly on vegetation. Not missing the rare luck of hunting a moose or wild boar, they are usually content with forest trifles: insects and mice. They do not disdain carrion, occasionally attack livestock. From spring to late autumn, bears wander through the forest, adhering to familiar places, and in winter they sleep in dens. In the very cold, in mid-January, the bear gives birth to cubs, whose weight barely reaches 500 grams. It feeds them until spring and in April brings them to God's light. She leads children through the forest up to a year and a half, zealously guarding the cubs from all kinds of dangers.

For a long time, every year, many cubs get to people when hunters kill a bear in a den. Wealthy people or trainers willingly buy them. Affectionate cubs, growing up, become a burden for their owners. Most captive bears die before the age of two. The rest are prepared for the trainer's scourge, steel chain or cage. Motivated by good intentions, ignorant people sometimes release such animals free. But they can no longer live in the harsh conditions of the wild, go out to people and soon die. On rare occasions, orphaned bears live to a venerable age, usually in zoos.

Three generations of graduates from the glorious Pazhetnov family have been working at the Chisty Les biological station.

History reference
The center of the station became the depopulated village of Bubonitsy by that time. The territory of the station is located directly in the watershed of the basins of the Lovati and Western Dvina rivers. Here the trail section of the famous route "from the Varangians to the Greeks" passed. Later, these places became the centers of the economic life of the Russian peasantry, trade crossroads, centers of noble estate culture and Orthodox spirituality.

Already at the initial stage of the activity of the biological station "Clean Forest" it became clear that the pollution of local places with industrial waste is minimal in Europe, and the water in the lakes is potable. Mysterious, mesmerizing landscape! Dense spruce forests with impassable windbreaks are interspersed with light birch groves, and on the sandy manes ringing pine forests, pierced by the sun, rustle. Cranberry swamps are spread in the lowlands, and the blue windows of countless lakes are connected by thin threads of streams and rivers.

The name of the lake. Clean, with its surprisingly light and transparent to the depth of water, as well as the favorable state of the environment gave the name of the biological station - "Clean Forest". Zoologists, spouses Valentin and Svetlana Pazhetnovy, have settled and worked here for many years. Previously, they studied the biology of the brown bear in the reserve - in a specially protected area, and at the biological station they continued this work, studying the ecology of bears in the territory used by humans in normal economic activities. Soon their son Sergei, also a zoologist, who moved to Bubonitsy with his family, joined this work.

Bears are sensitive animals, they skillfully hide from prying eyes, and it is very rare to see them. To learn more about the behavior of the brown bear, Valentin Pazhetnov, while working in the reserve, took three orphaned bears in March 1975 and for two years regularly walked with them through the forest, as if replacing their mother. This work made it possible to learn a lot about the life of the cubs during their preparation for an independent life.

Concern for the rescue of orphaned bears, as well as the interests of science, prompted the Pazhetnov family of biologists to develop and implement a method for raising such bears to release them. This work, started back in the Central Forest Reserve, continued at the Clean Forest biological station and became the main one. Since 1993, more than 150 cubs have been raised here. The special conditions of their detention do not exclude critical situations and even tragedies. Cases of attacks on bear cubs by a male bear, wolves and stray dogs have been recorded, two cubs were poisoned by poisonous plants. The survival school for wild animals is cruel, but necessary, and the animals that have passed through it acquire independence and vitality, acting as worthy successors of their biological species.

Working with orphaned bear cubs led scientists to the idea of ​​releasing also cubs born in zoos after special overexposure at a biological station. This project has been successfully implemented in friendship with the Kazan Zoo and Botanical Garden (Tatarstan). All of them have successfully taken root in nature.

The experience of raising orphaned bears has shown that if they enter the biological station at the age of up to three months, then, regardless of the place of birth and conditions of preliminary keeping, they can be prepared for release into the wild and take root well in it. They need to be released only to those regions where their parents and themselves were born. Since 1996, for a number of years, a project has been successfully implemented to restore a degraded population of the Central Russian subspecies of brown bear in the Bryansk region.

The bitter fate of orphaned bears was not indifferent to specialists in different countries of the world. Biostation "Clean Forest" in different years has been supported by a number of international environmental funds.

The work carried out at the Chisty Les biological station on the rehabilitation of bear cubs may be of considerable interest in the conservation and restoration of certain species of large mammals, including rare and endangered ones. There is and is being realized the possibility of preparing cubs born in captivity for their release.

Since 1998, the annual ecological summer school "Bears", which is based on the shores of Lake. Rucheisky, near the village of Kosilovo. Her listeners, schoolchildren, attend lectures by specialists, participate in field seminars, go on scientific routes every day, write reports, give presentations and reports. The cultural program of the ecological school is interesting.

A museum and educational center "House of the Bear" was built in the village of Kosilovo, where not only excursions for students of the eco-school and tourists, but also large Russian and international scientific forums are held.

How to get there
44 km from Toropets along an improved dirt road, interspersed in the first half of the road with asphalt sections. Near the village of Bubonitsy there is an archaeological complex: an ancient settlement of the Iron Age, burial mounds and settlements of the Old Russian time.