The House of Officers (Noble Assembly) 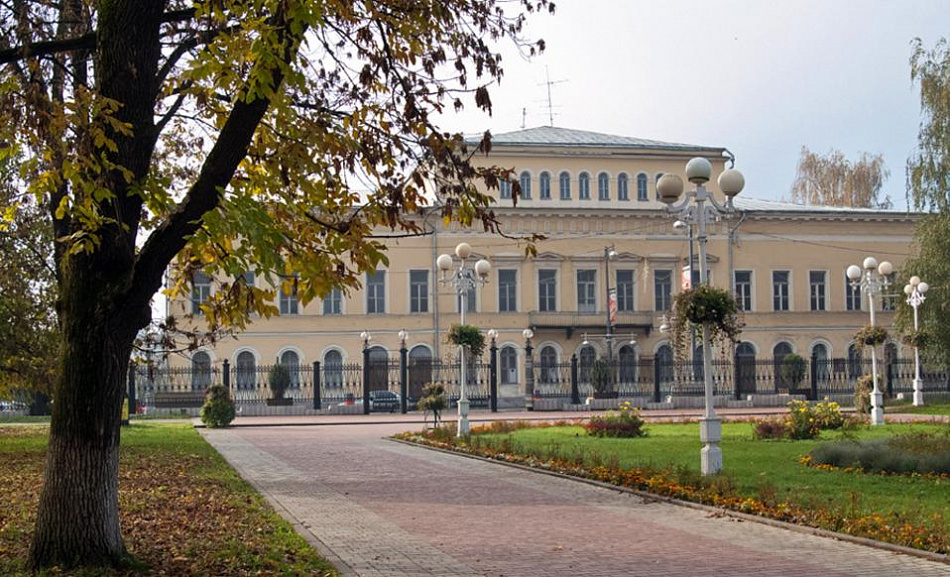 Noble Assembly building is located at the corner of Sovetskaya street and Teatralny road. It was built according to the project of architect I. F. Lvov for Tver noble society in 1842. The main hall with Corinthian columns and caryatids is very impressive. For a long time there were receptions of governors as well as different public events with the participation of high-ranking guests in the building. Outstanding figures of Russian culture: M. Musorgsky, S. I. Lemeshev, S. A. Yesenin, V. V. Mayakovsky were giving performances in the Noble Assembly. At Soviet times the House of the Red Army was there and after the war there was the House of Tver garrison officers. Exactly on this building (the only unburned one in the city center), a red flag as a symbol of liberation from German fascist invaders was raised on December 16, 1941.