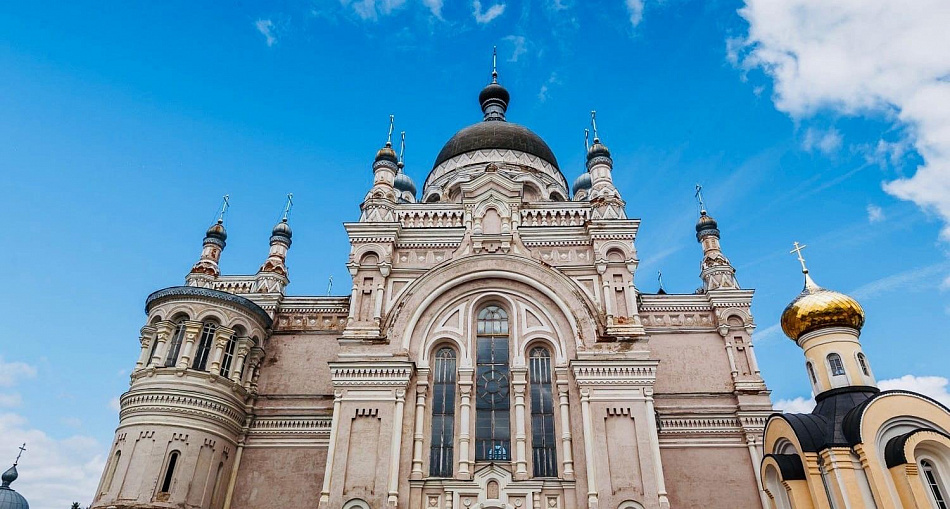 The city of Vyshny Volochek, which arose on an ancient drag between the rivers Tvertsa and Msta, is called "Russian Venice". Advantageously located at the top of the watershed of the Baltic and Volga waters, Vyshny Volochek was identified by Peter I as a key point of the water route to the Volga. A water system was built here, which has no analogues in Russian provincial cities and is working properly to this day. The rivers, channels, a reservoir, seven islands, 32 km of embankments, more than 40 bridges included in this system allow us to call the city "Russian Venice".
Until the beginning of the XIX century, the Vyshnevolotsk system served as the most important way of connecting St. Petersburg with central Russia, supplying the new capital with food. This led to the special attention of the imperial authorities to the Vyshny Volochok, which was reflected in the coat of arms of the city, approved by Catherine II. In 1785, Catherine II visited Vyshny Volochyok specifically to inspect the structures of the water system, followed by an instruction to finish the locks and channels with granite, which determined their characteristic appearance to this day.

The heyday of the Vyshnevolotsky Canal occurred in the late 30s-early 40s of the XIX century, when the number of ships passing through it per year exceeded 5 thousand, and the total cost of cargo reached 100 million rubles.

In 1990, Vyshny Volochyok was included in the list of historical cities of Russia. Many things in it remind of the glorious era: the Vyshnevolotsk water system that has survived to this day, the old city buildings. Vyshny Volochek abounds with other monuments: in the center of the city there are shopping malls of the XIX century, next to them is a square decorated with a monument to A. G. Venetsianov, opposite is one of the oldest drama theaters of the Tver region, built in 1896.