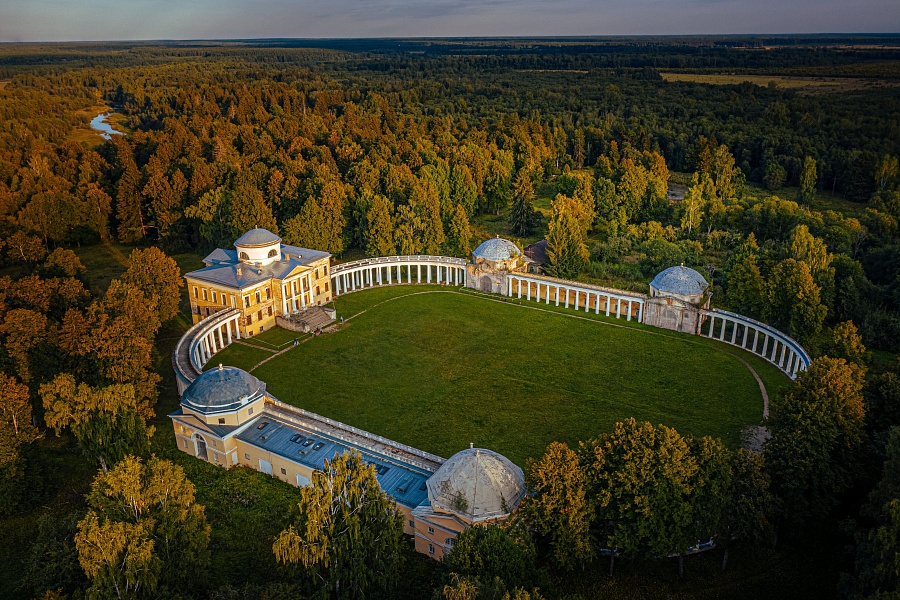 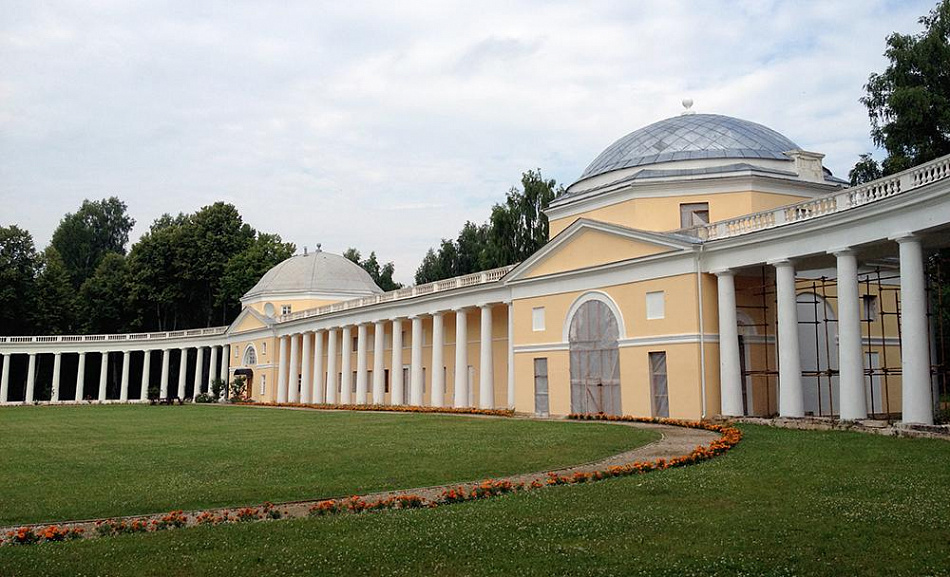 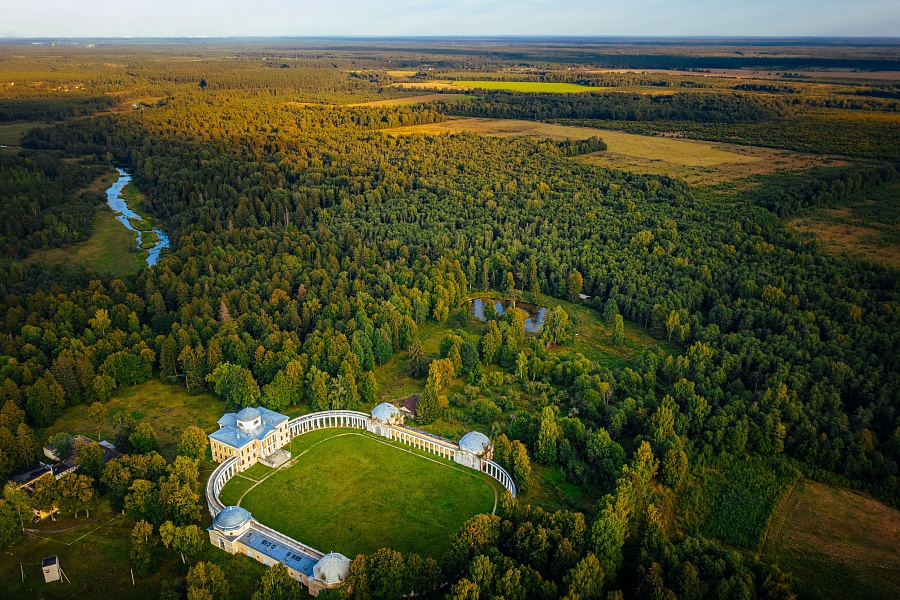 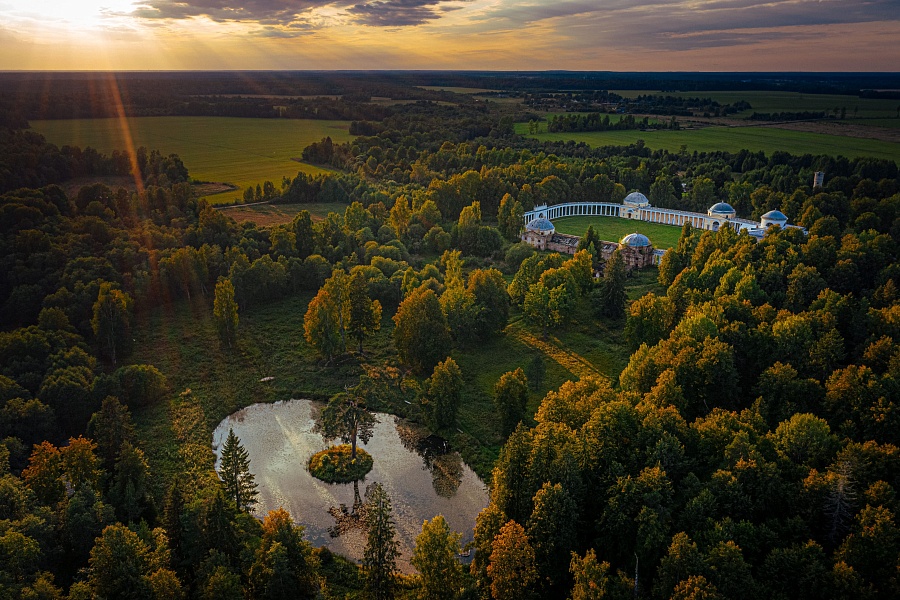 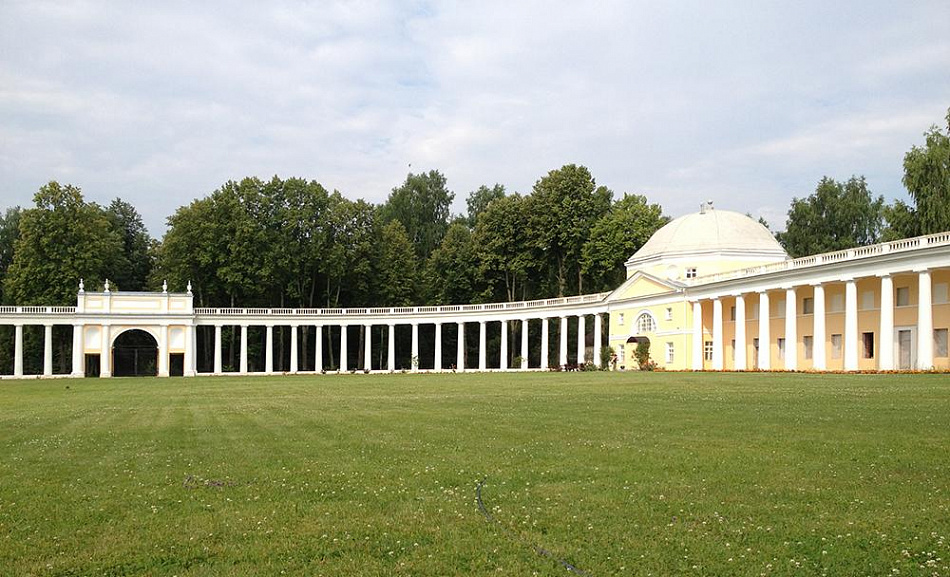 At 20 km from Torzhok on the bank of the Logovezh river there is the most famous manor of the Tver region – Znamenskoye-Rayok, owned by the general en chef Fyodor Glebov (1734-1799). He was a brilliant grand seigneur of Catherine, senator, knight of many orders and widower, at the age of 38 years he married Lisonka Streshneva, the only daughter of the Kiev Governor-General, who was 17 years younger than him.

He made an order to N.A. Lvov for a project of a splendid manor complex and in 17 years (1781-1789) built it for her. In July 1798 the consecration of the manor was held. The celebration lasted three weeks, the entire St. Petersburg polite society was in Rayok.

The manor house astounded everyone with its splendor. Behind the house there was a huge landscape park decorated with sculptures and pavilions, with a cascade of ponds, pavilion-rotundas, boulders grottoes and bridges. 200 years have passed, but Rayok is still beautiful. Main house, wings, circular colonnade and the old park remained intact up to this day.