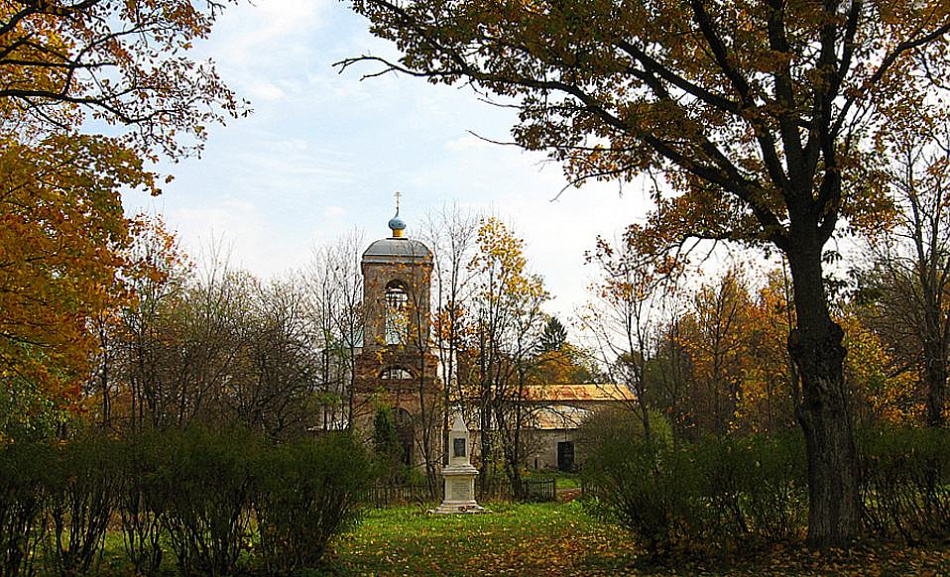 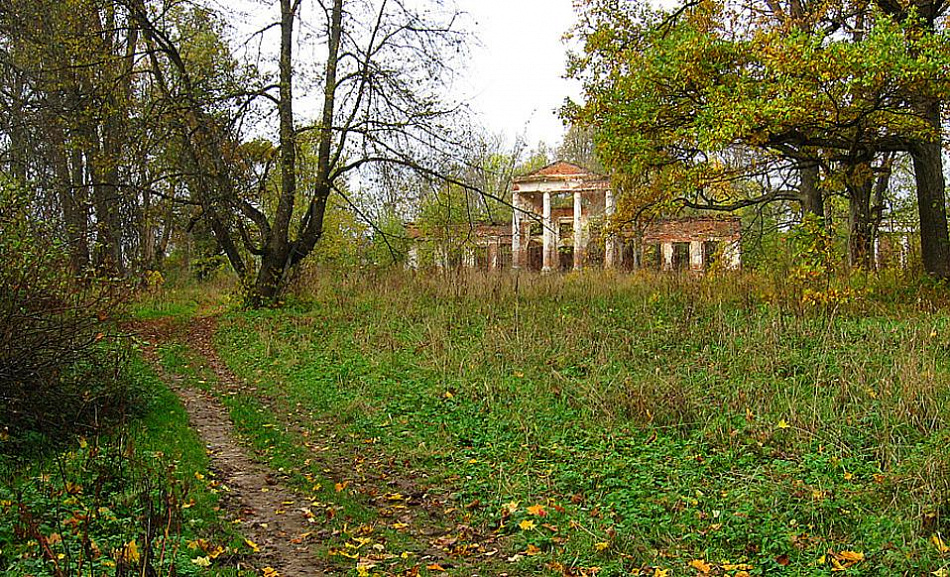 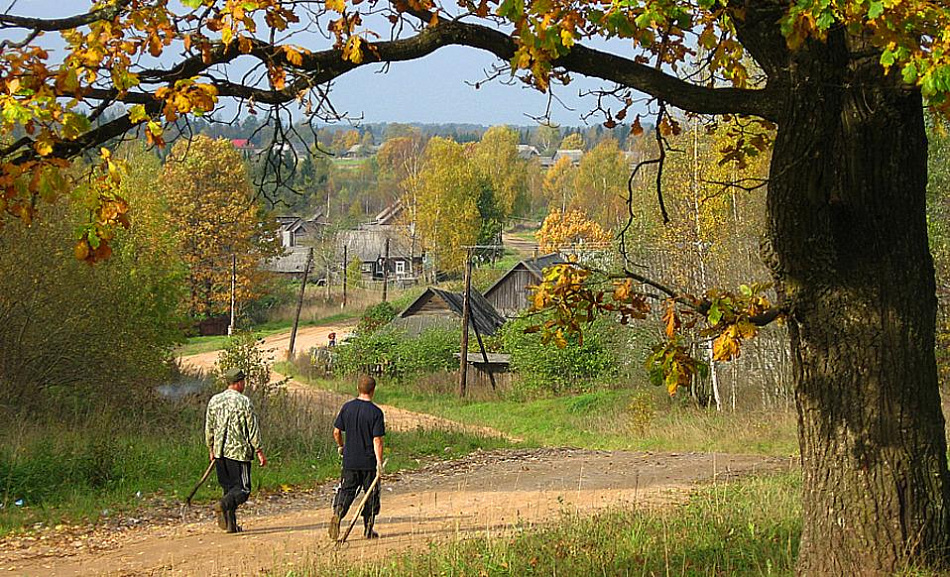 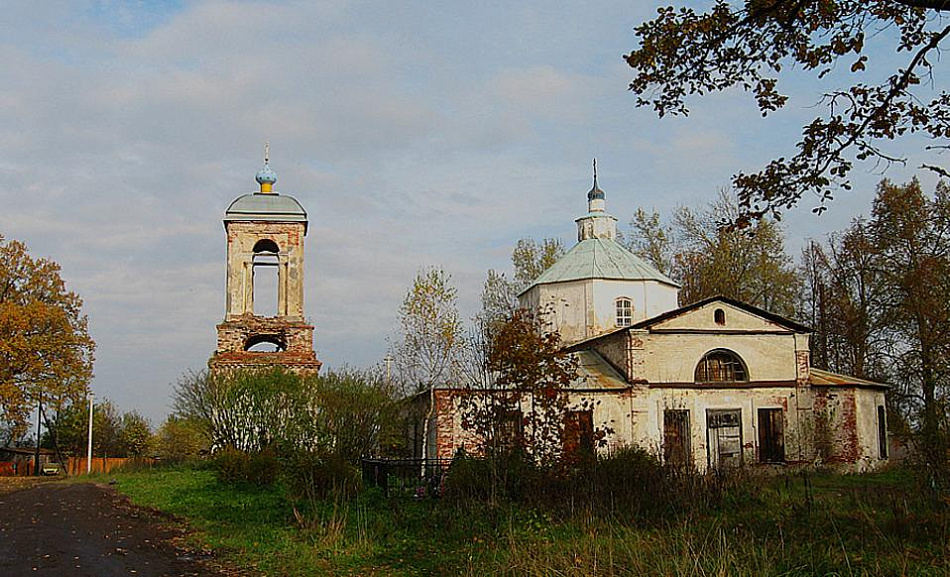 The village of Tatevo in the Oleninsky district is located on the left bank of the river. Birch, left tributary of the river. Mezhi (system of the Western Dvina river). At the beginning of the XIX century. it was bought by the Smolensk noblemen Rachinsky and turned into a real center of culture and education.

"He breathed completely new life into a whole generation of peasants."
String Quartet No. 1 P.I. Tchaikovsky (Quartet No. 1, D major) in four movements (composed and instrumented in February 1871) is dedicated by the author S.A. Rachinsky.

Chief Prosecutor of the Holy Synod K.P. Pobedonostsev wrote about S.A. Rachinsky to Emperor Alexander III in 1883: “You will deign to remember how several years ago I reported to you about Sergei Rachinsky, a respectable man who, leaving his professorship at Moscow University, went to live on his estate, in the most remote forest wilderness of Belsky county of Smolensk province, and has been living there without a break for more than 14 years, working from morning to night for the benefit of the people. He breathed a completely new life into a whole generation of peasants ... He truly became a benefactor of the area, founding and leading, with the help of 4 priests, 5 public schools, which now represent a model for the whole earth. This is a wonderful person. All that he has, and all the means of his estate, he gives to the penny for this business, limiting his needs to the last degree. "

On May 14, 1899, Emperor Nicholas II wrote in the Imperial Rescript addressed to S.A. Rachinsky: “The schools you founded and run, including parish schools, have become a nursery for educated leaders in the same spirit, a school of labor, sobriety and good morals and a living model for all such institutions. The concern close to my heart for the education of the people, to which you serve worthily, prompts Me to express my sincere gratitude to you. My benevolent Nikolai is staying with you. "

History reference
An outstanding scientist and teacher, corresponding member of the Academy of Sciences Sergei Rachinsky was born in Tatev. In the village there was a stone church of the Most Holy Life-giving Trinity (1748 or the second half of the 18th century). In 1875, a four-year zemstvo school (Rachinsky school) was opened in Tatev, from which the future artist N.P. Bogdanov-Belsky and future doctor, corresponding member of the Academy of Medical Sciences I.L. Bogdanov. The artists A.P. Ostroumova-Lebedev and D.A. Shmarinov. Currently, a secondary school, a House of Culture, and a national museum of local lore are located in Tatev. The remains of the manor complex have survived: the main house with wings (late 18th - second half of the 19th century), Trinity Church (second half of the 18th century, re-operating since 1995), the remains of a regular park with rare species of trees. In a mass grave in the village. Tatev, 77 Soviet soldiers who died in the battles for the village are buried. In 1980, a monument to the graduates of the Tatev school who fell in the Great Patriotic War was unveiled in the village. In 2008, 356 people lived in Tatev.

Sergei Alexandrovich Rachinsky was born on May 15, 1833 in the family village. Tatev of the then Belsk district of the Smolensk province. Botanist and mathematician, teacher, educator, professor of Moscow University, corresponding member of the Imperial St. Petersburg Academy of Sciences. The Rachinsky nobles came from Greater Poland, and in 1656 they became citizens of Russia. Sergei Alexandrovich's father is the captain of the Murom infantry regiment, a relative of the Decembrist V.K. Kuchelbecker), mother - sister of the famous poet E.A. Baratynsky. In 1853 S.A. Rachinsky graduated from the natural sciences department of the Physics and Mathematics Faculty of Moscow University, served in the Archive of Foreign Affairs, in 1856 he left for Europe, studied at well-known universities in Germany. Returning from abroad, he defended his master's thesis on the topic "On the movement of higher plants" and became the head of the department of plant physiology at Moscow University. At the age of 24 for his essay "On some chemical transformations of plant tissues" he was awarded the degree of Doctor of Botany. In 1864, translated by S.A. Rachinsky first appeared in Russian "The Origin of Species" by Charles Darwin. In 1867, due to a conflict with the administration, Rachinsky resigned. In Moscow, scientists, writers and artists gathered in his house. Here he met L.N. Tolstoy, P.I. Tchaikovsky, the Aksakov brothers, the family of V.F. Odoevsky, historian V.I. Guerrier. Conversations with L.N. Tolstoy directed his attention to the problems of public education, he began to help his sister Varvara conduct classes with children in a peasant school. In 1872 he returned to his ancestral village of Tatevo, became a builder and teacher of the first rural school in Russia with a hostel for peasant children. (The first rural schools for peasant children on the estates of Boratynsky and Rachinsky were founded by female representatives of these clans. Sergei Rachinsky joined the already existing phenomenon and raised it to a higher level). In the 1880s. he became the main ideologist of the parish school in Russia as an alternative to the zemstvo school, wrote and published Notes on Rural Schools, which contributed to the development of the Nazisonal pedagogy. In the school art workshop, Rachinsky held classes in painting, drawing and drawing. In 1891 the Academy of Sciences elected him as its corresponding member. S.A. Rachinsky died on May 15, 1902 in Tatev, was buried in the family crypt, in the 1920s. his remains were thrown away, recently the grave was symbolically restored. Until 1924 the school (a brick building was built in 1907, after the death of the teacher) bore the name of its founder, then his name, as well as the merits, were forgotten for decades. During the occupation, a German military hospital and a German military cemetery were set up in Tatev (not preserved). After the Great Patriotic War, the school received the status of secondary general education; in 1998, the name of S.A. Rachinsky. Since 1974, a local history museum has been operating at the school, which in 2000 received the status of a municipal local history museum named after N.P. Bogdanov-Belsky (outstanding artist, school graduate, student of S.A. Rachinsky).

How to get there
From the village. Olenino 12 km: 10 km along the Olenino-Bely asphalt road, then 2 km along an improved dirt road. The village is located 12 km to the north-east. Olenino with its objects of historical and cultural heritage.