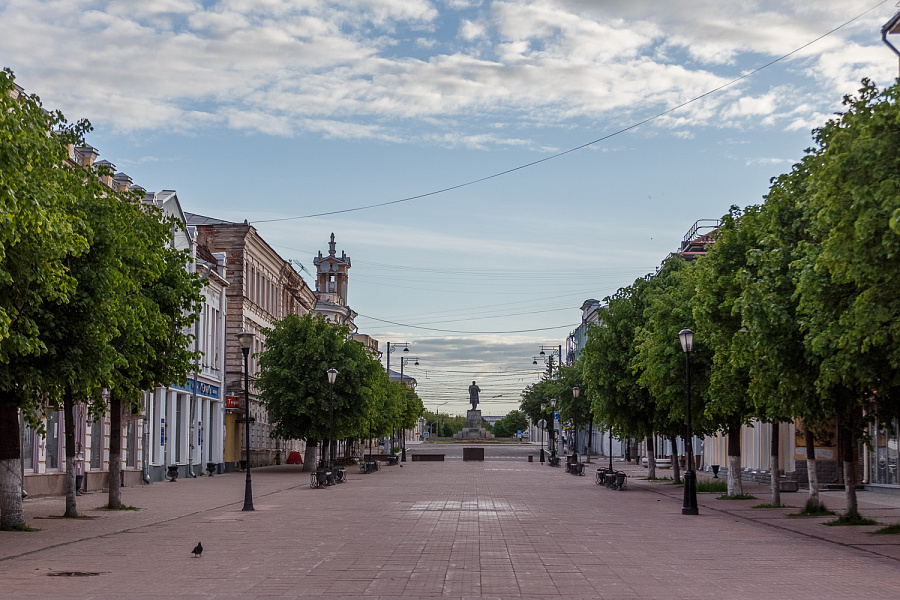 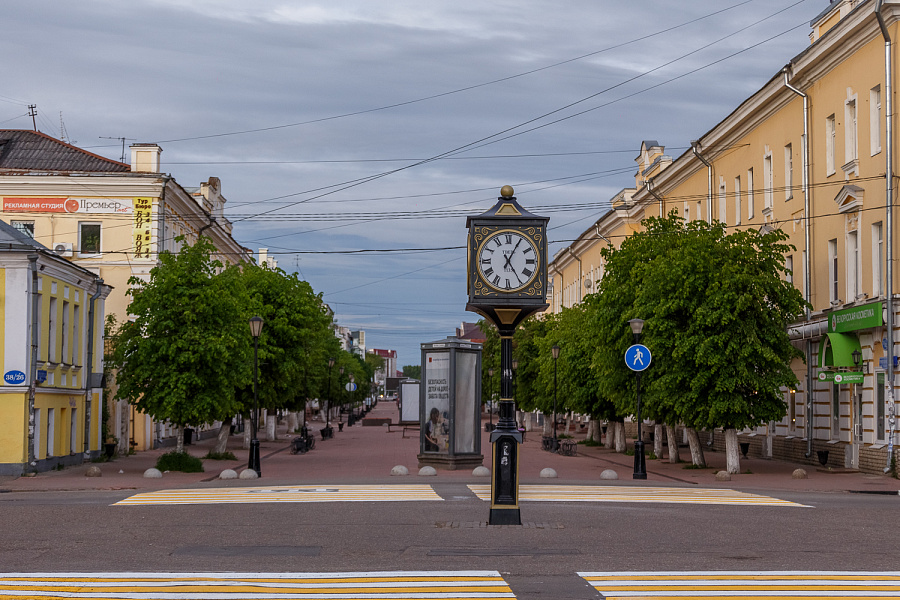 Trekhsvyatskaya Street is one of the city central streets. The Street was named after the Trekhsvyatsky Monastery, located on the place of the actual Palace of Children and Youth Creation. This pedestrian street is called "Tver Arbat" due to various artists exhibiting their paintings here and street musicians. There was the tram traffic until 1976. Numerous traders of souvenirs stand in Trekhsvyatskaya Street until late evening. The Monument to S. J. Lemeshev (1902-1977) who was an outstanding Russian tenor and native of Tver land was established in the Trekhsvyatskaya Street in 2007.