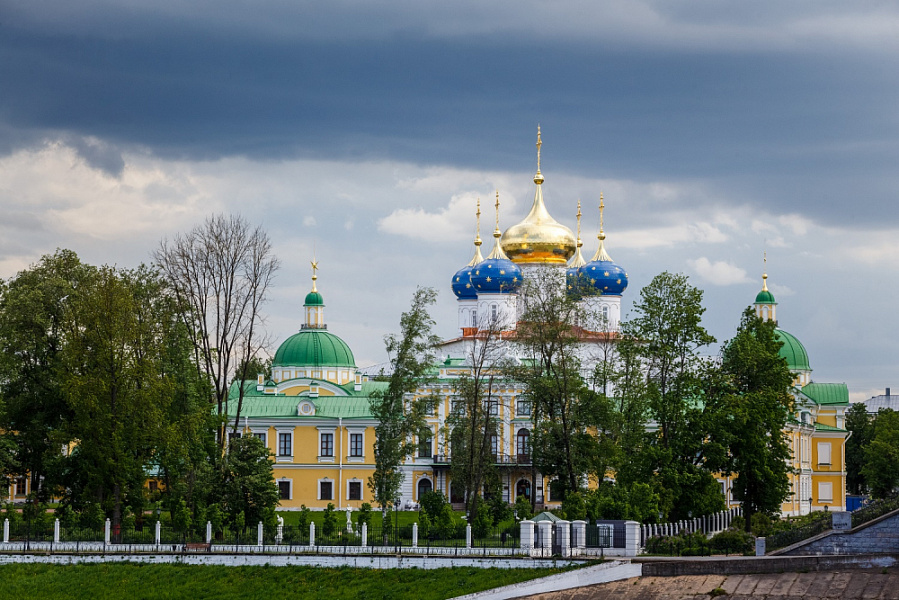 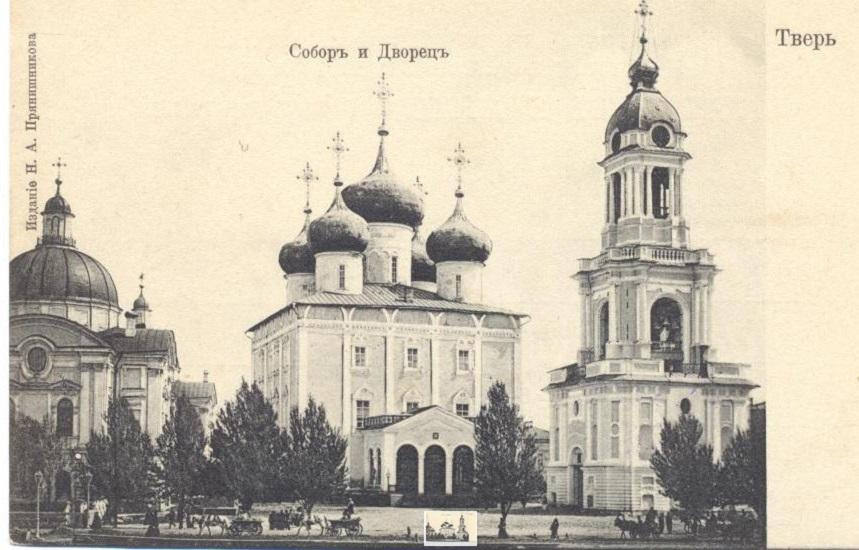 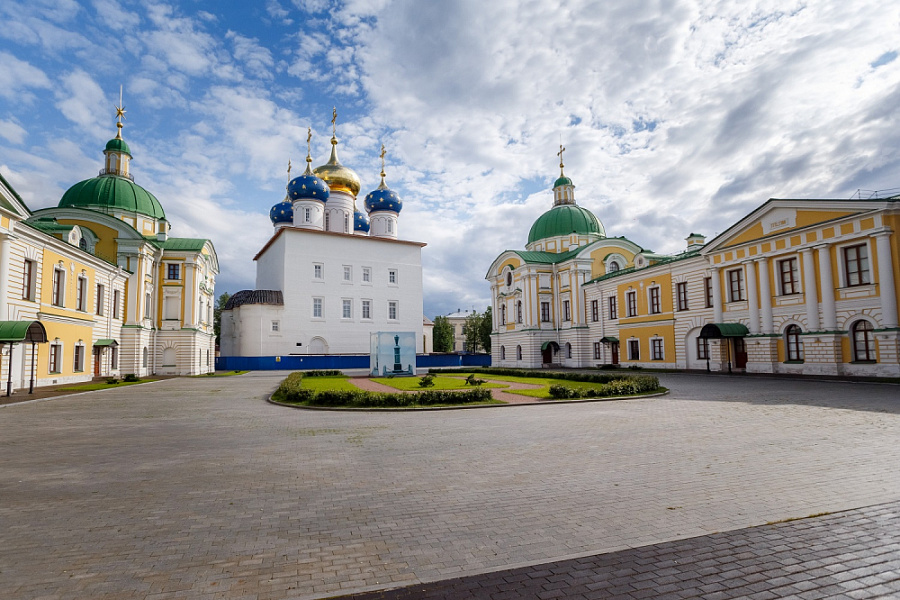 Tver Transfiguration Cathedral for six and a half centuries was the main cathedral of Tver and was a spiritual symbol of the Tver land.
The cathedral was located in the heart of the city-the center of the Tver Kremlin, where the Imperial Travel Palace was erected after a fire in 1763.
The white-stone Cathedral of the Transfiguration of the Savior is the first church built in Russia after the Mongol-Tatar invasion. The cathedral was founded by Mikhail Tversky in 1285. In 1382, the domes of the temple were covered with gold, after which the shrine began to be mentioned in the chronicles as "The Holy Savior of the Golden-Domed". Prominent modern architectural historian Alexey Salimov believes that Western Russian architects, and possibly representatives of other Russian lands, participated in the creation of the first cathedral.

In 1696, it was radically rebuilt. The five-domed Assumption Cathedral of the Moscow Kremlin was taken as a model.

The decoration of the temple was the choir, whose regent was A.V. Alexandrov, who later headed the song and dance ensemble of the Soviet Army.

From April 3 to April 4, 1935, the Cathedral was blown up. In 2012, archaeological excavations of the cathedral's foundation began.

An ark with a particle of the relics of the holy Prince Mikhail of Tver was brought to the cathedral. The day before, the relic was handed over to the Tver clergy by Patriarch Kirill of Moscow and All Russia during a festive divine service in the Assumption Cathedral of the Moscow Kremlin.

In July 2019, domes and crosses were installed on the cathedral. Since June 2020, regular divine services have begun in the Transfiguration Cathedral of the Savior.