Church of the Nativity of the Blessed Virgin 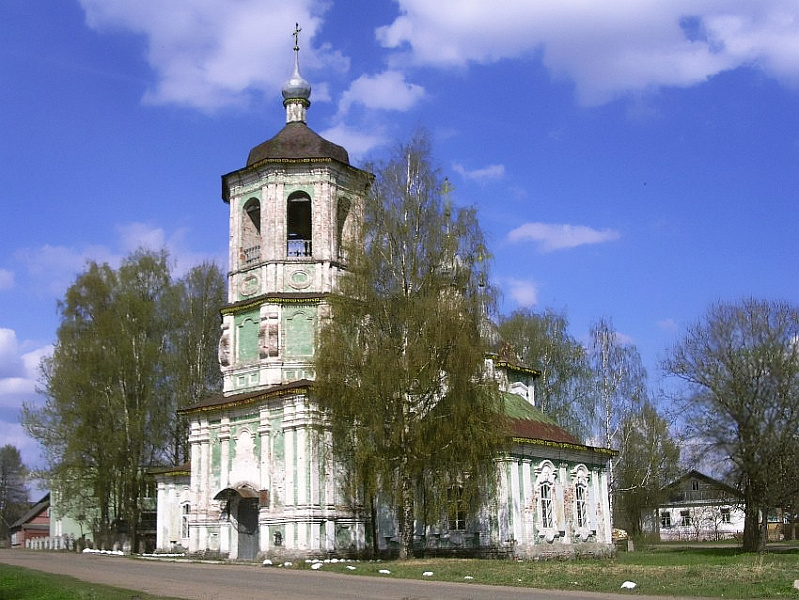 In the 18th century, after some restrictions in stone construction, Toropets, like other cities, again began to be decorated with churches. In about ten years, five of them were built, and this is in a city where only one and a half thousand inhabitants lived in the settlement and more than ten churches already existed!

The very first, in 1742, built a small Christmas church. It was the first to come down to us from the circle of monuments that make up the Toropets school. If we consider the plan of the building, then its tradition will be obvious: a small square temple with a faceted apse and an extensive refectory with two side-altars, the apses of which in miniature repeat the central one. But something unexpected happened in the solution of the external volumes. First of all, the masters do not strive to clearly separate the crowning octagon from the quadruple, as was the case in the Nikolskaya Church, but they think of the temple as a single volume. The eight is no longer perceived as completion. Another compositional feature of Toropets churches is the visual spreading of the entire building or of one facade. This feeling is intensified by the original, which has become traditional in Toropets, shaped covering, above which the flattened crowning dome on a thin drum seems excessively heavy. And finally, a decor that cannot be confused with any other.

The first researcher to single out the Toropetsky architectural school, V.V. Kostochkin, gave him a precise definition, calling it "cut from the board." Wide, flat, almost without any profiling, it protrudes much from the wall and seems to be superimposed on its surface, which is enhanced by the contrasting color of the protruding parts in white and in bright green, pink, red, yellow of the walls themselves. Window frames, alternating with pilasters, almost twice the width of the latter, form, as it were, decorative belts running around the facades. The squat sprawl of the church softened a little when a bell tower was later added to it. But the Toropets craftsmen constructively consider the bell tower as a central part, erecting it in the same forms.

Fragments of wall decoration have been preserved in the interior, remarkably similar in design to the decoration of the Baptist Church. The similarity is so great, the details of the stucco pattern are so precisely repeated that one can safely speak of the design of interiors by the hand of one master or artel.