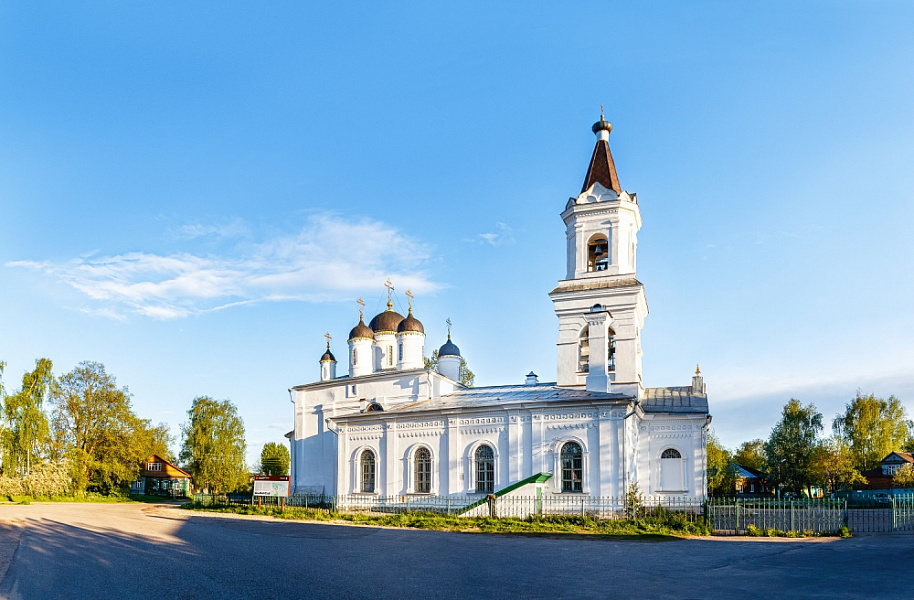 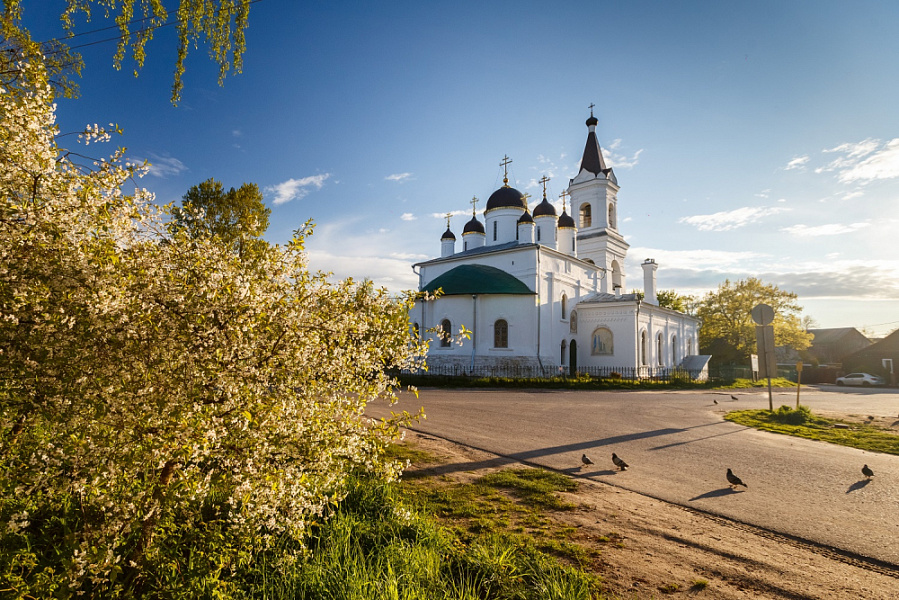 Life-Giving Trinity Church beyond T’maka River area is the oldest Tver architectural building; it was built by donations from the Moscow merchant Gavrila Andreyevich Tushinsky in 1564. The color of the roof and cupolas covered with unusual white tiles was the reason why the Church got a popular "White Trinity" nickname. Initially the Church had one cupola, but was rebuilt and became a seven-cupola by the XVII century. The Church has hiding places above the sanctuary. Researchers refer the Church iconostasis to the XVIII century, wall paintings are dated the end of XVIII-beginning of XIX centuries. The reliquary of St. Macarius of Kalyazin has been in the Church for a long time. The Church didn’t close in Soviet times and was able to save its historical decoration.

When entering the church, women should dress modestly and cover their head and shoulders.