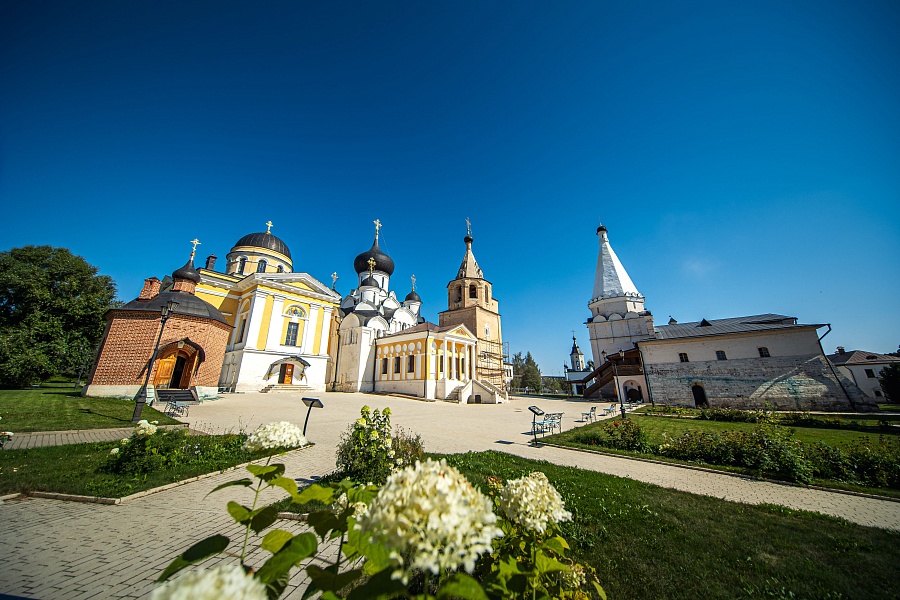 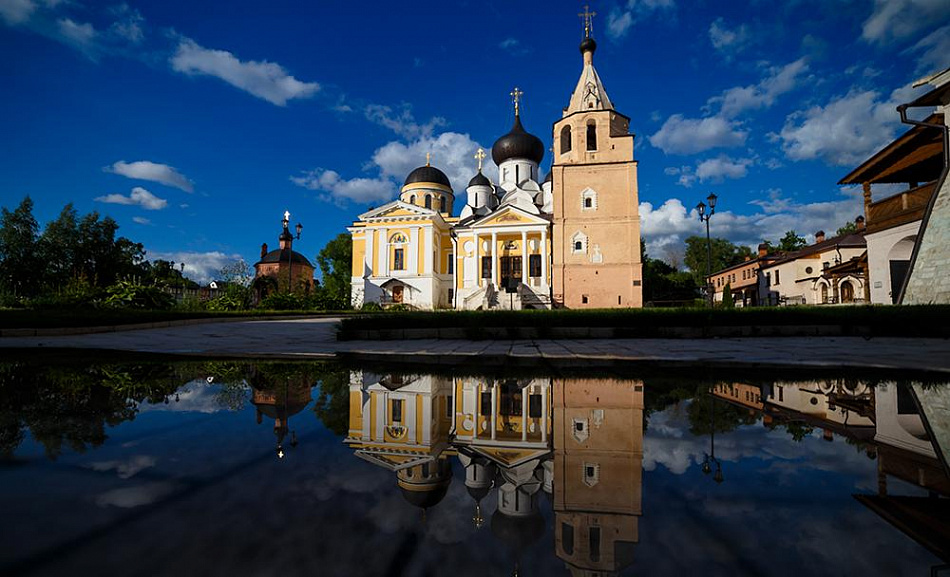 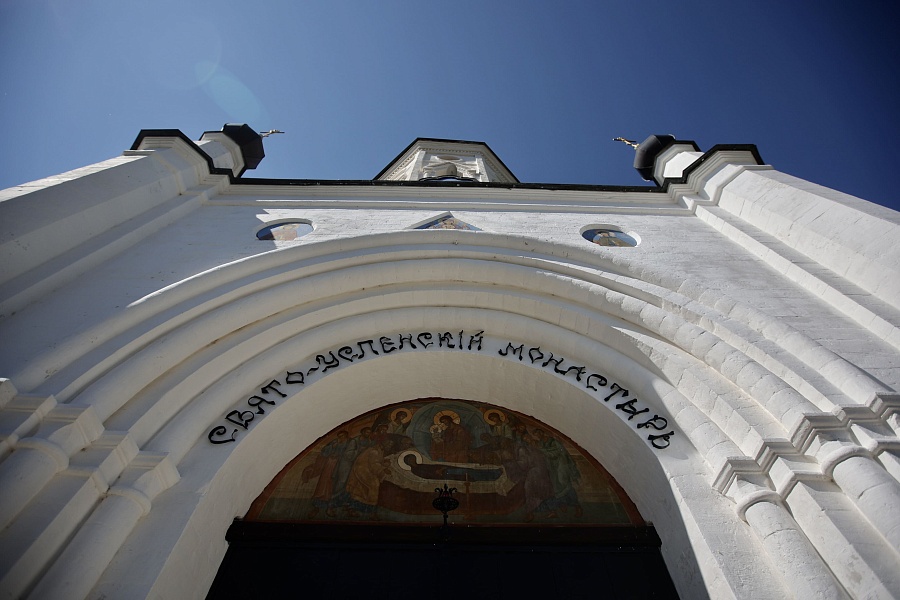 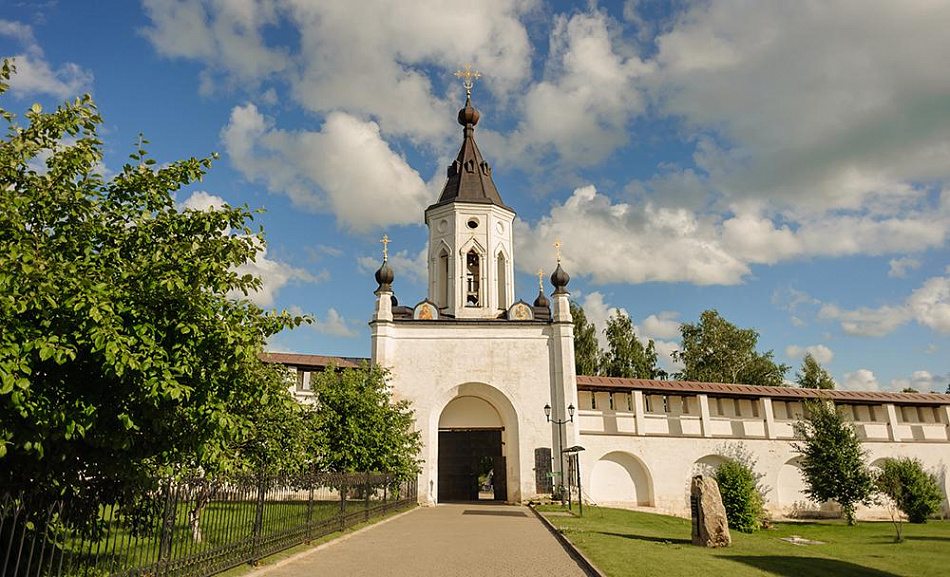 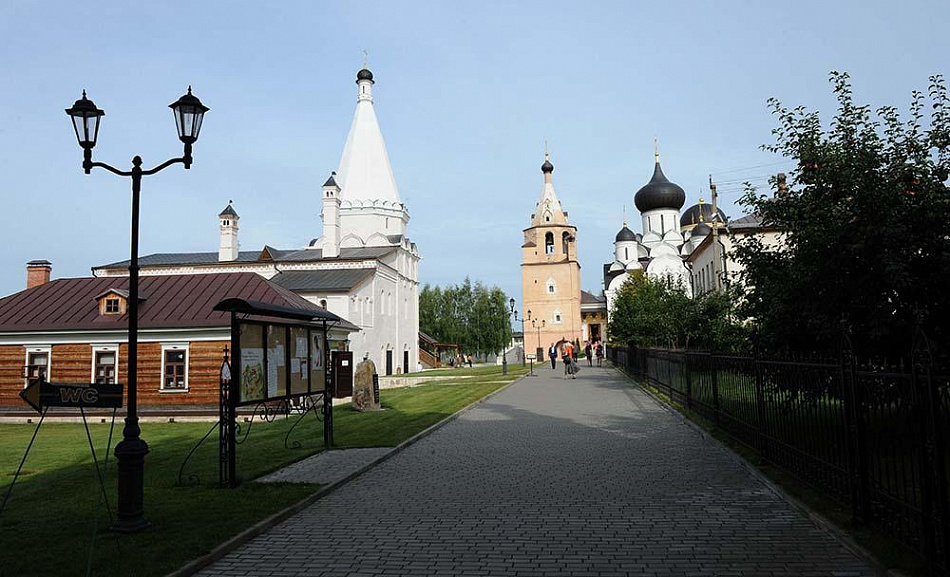 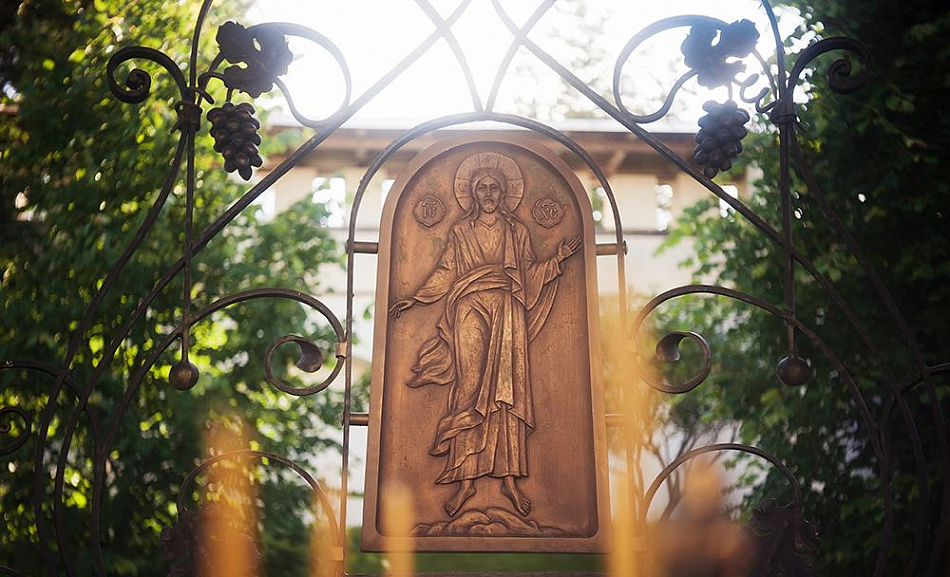 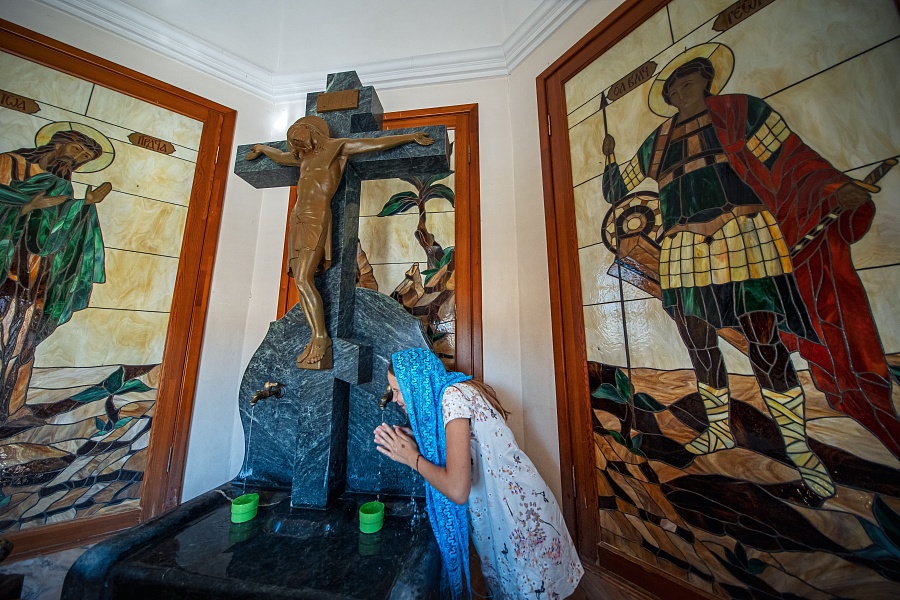 The main sight of the right bank is the famous Holy Dormition Monastery – one of the oldest monasteries of north-western Russia. Its history begins with the words: "In 1110, two friars Triphon and Nikandr came to the Stary Bor plot of land from the Kiev caves and began to live there. And to teach those who came to them the word of God" Moved closer to the Volga in the XVI century the monastery was rebuilt by the princes of Staritsa and now it is the true architectural pearl of the city. In the center of the monastery square there is the white-stone church with five domes – the Assumption Cathedral (Uspensky) (1530). Its likeness with the Assumption Cathedral of the Moscow Kremlin is often emphasized. In the cathedral there are the relics of the local St. Pelageya of Staritsa.


The four-tiered bell tower (1686) of the Assumption cathedral was built above the burial place of the first Patriarch of Moscow and All Russia, Job (at ab. 1525–1607), who was consecrated a saint in 1989. In its basement there is stored the white stone funerary monument from his grave. On July 2, 2012 on the day of the memory of St. Job, in the Dormition monastery there was installed the monument (the sculptor Yu. P. Khmelevskoy).

From the north side the amazing Trinity Cathedral (Troitsky) (1819), built by the order of the famous Staritsa patron A. Tutolmin, is closely adjoined to the Assumption cathedral. The lower floor of the cathedral was turned into the family burial vault of the Tutolmins. The internal structure of the Trinity Cathedral is similar to the famous House of Invalides in Paris. The gateway church of St. John the Theologian (1694), nestled up the monastery fence, surprises with the grace of forms and tenuity of white stone carvings. But the most beautiful building of the monastery is the Presentation tent church (Vvedenskaya) (1584). The church refectory is the unique construction – the one-pillar chamber.

The monastery has been completely restored by the Fund for the Revival of the Staritsa Holy Dormition Monastery.