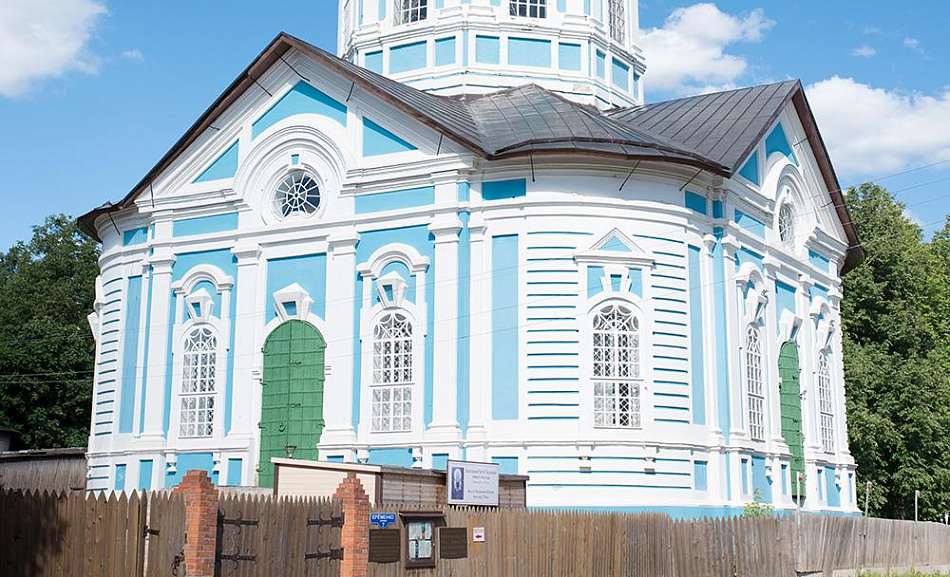 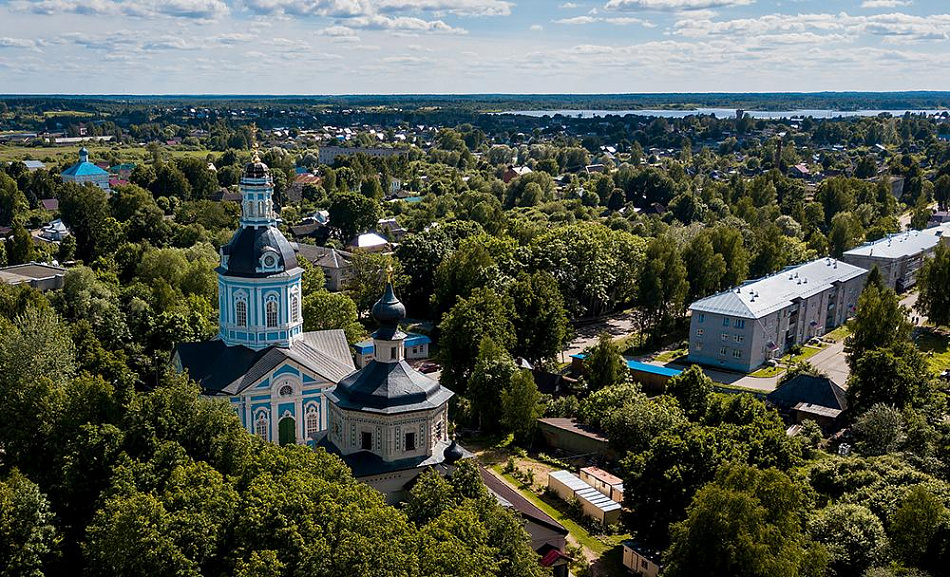 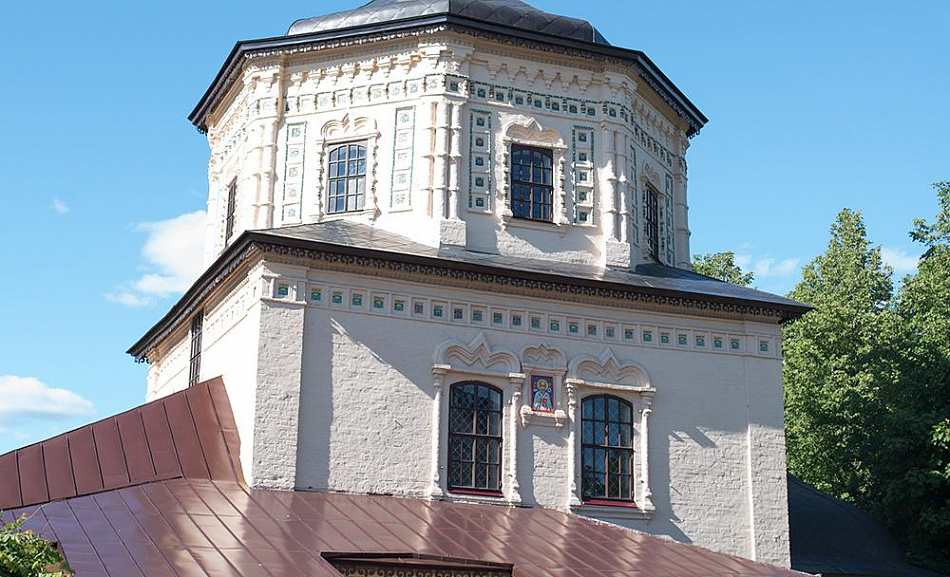 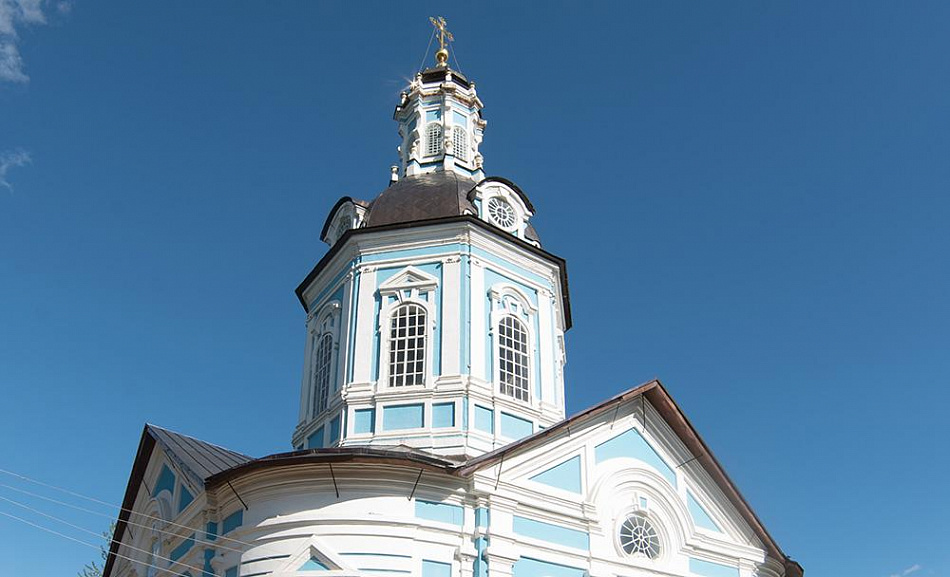 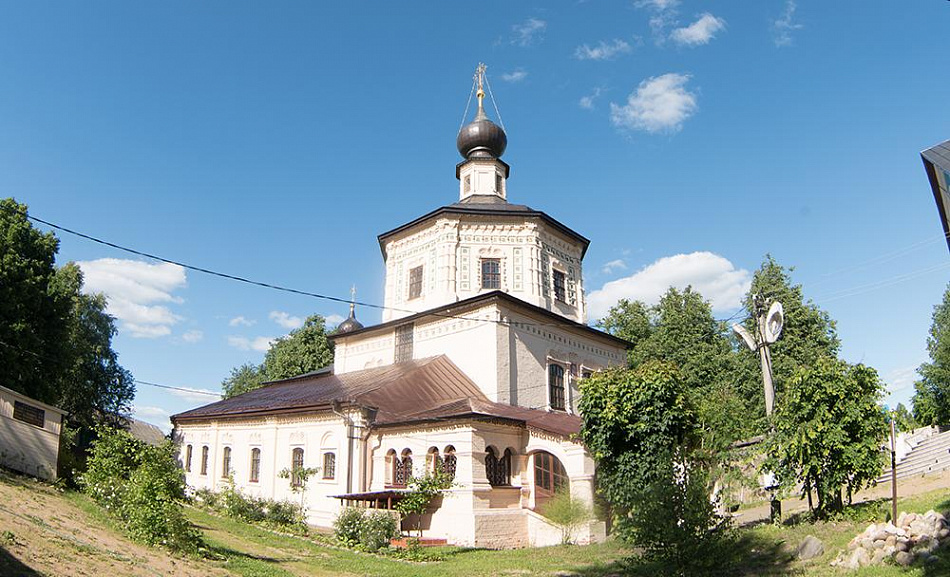 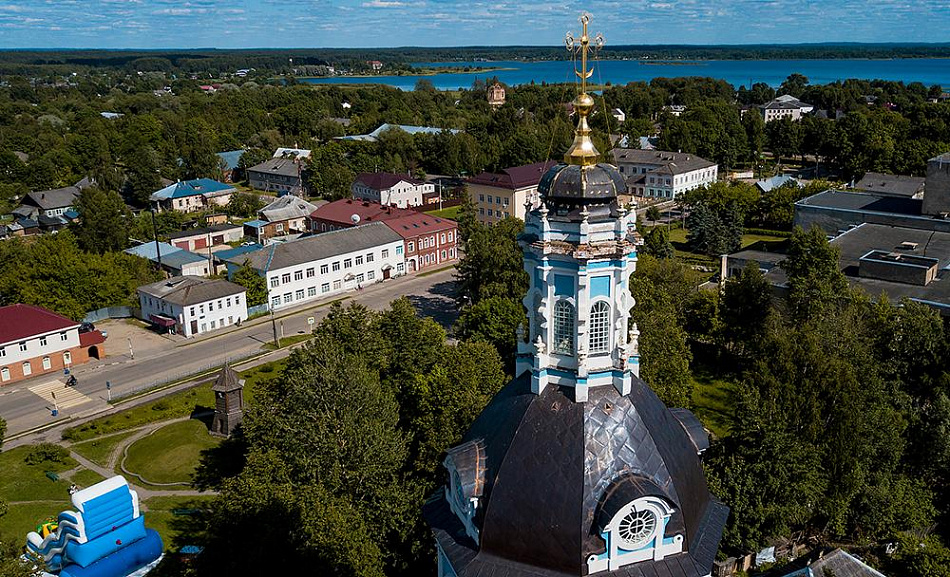 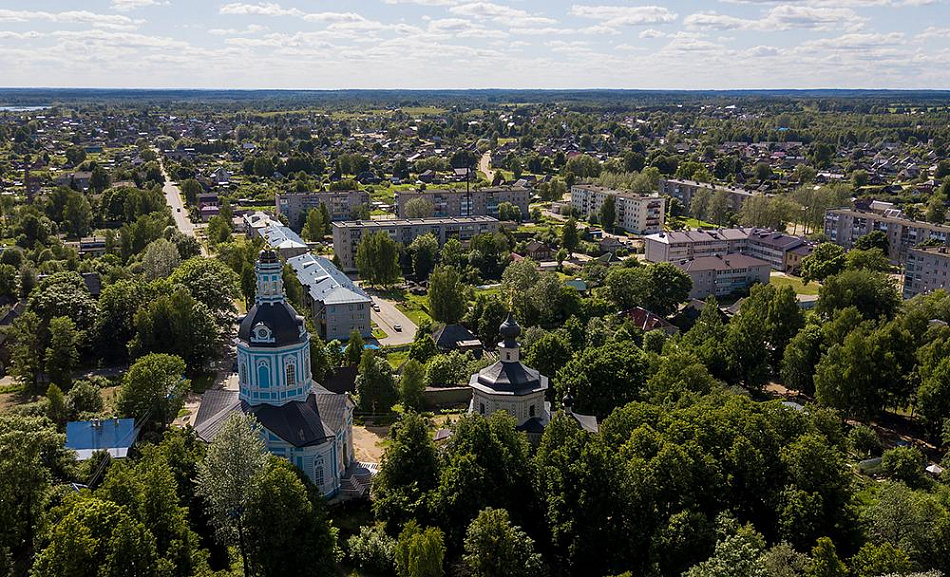 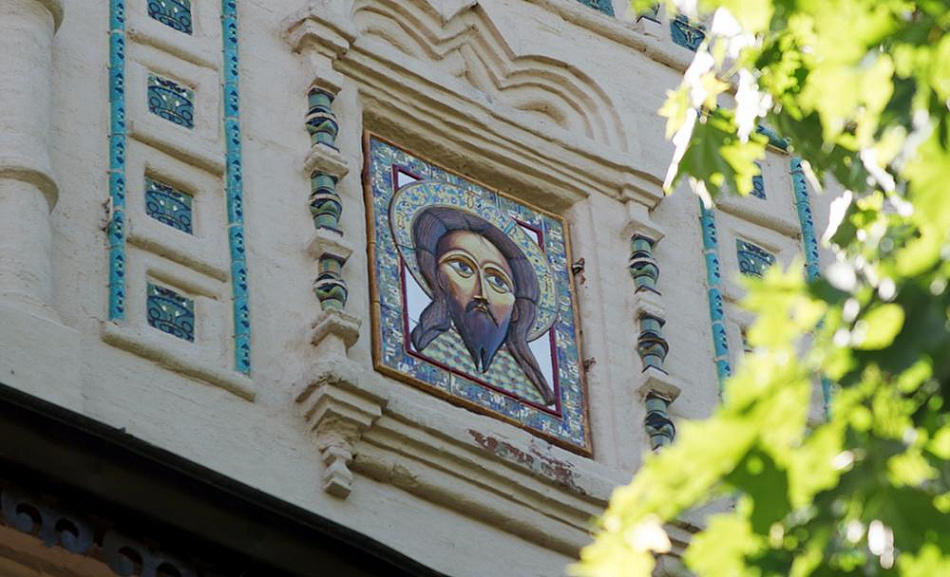 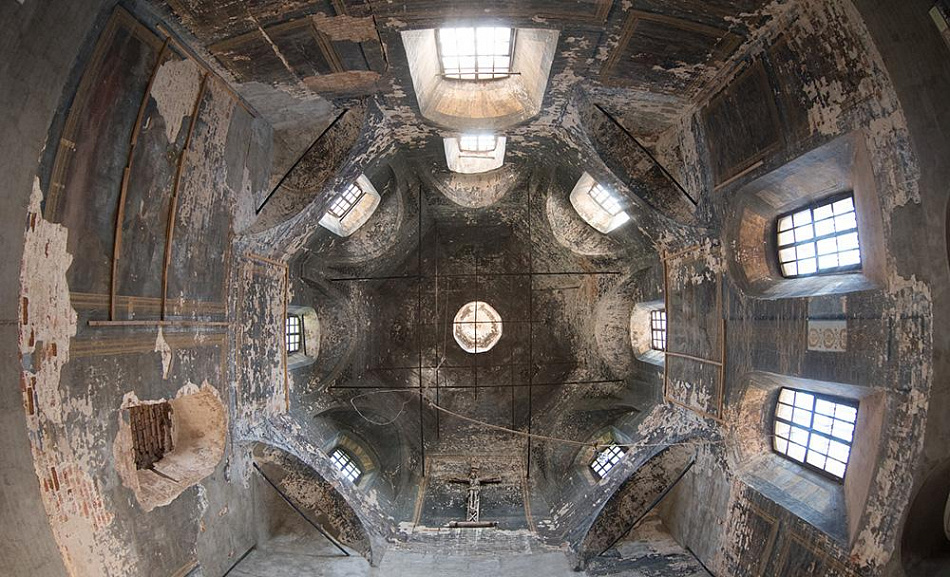 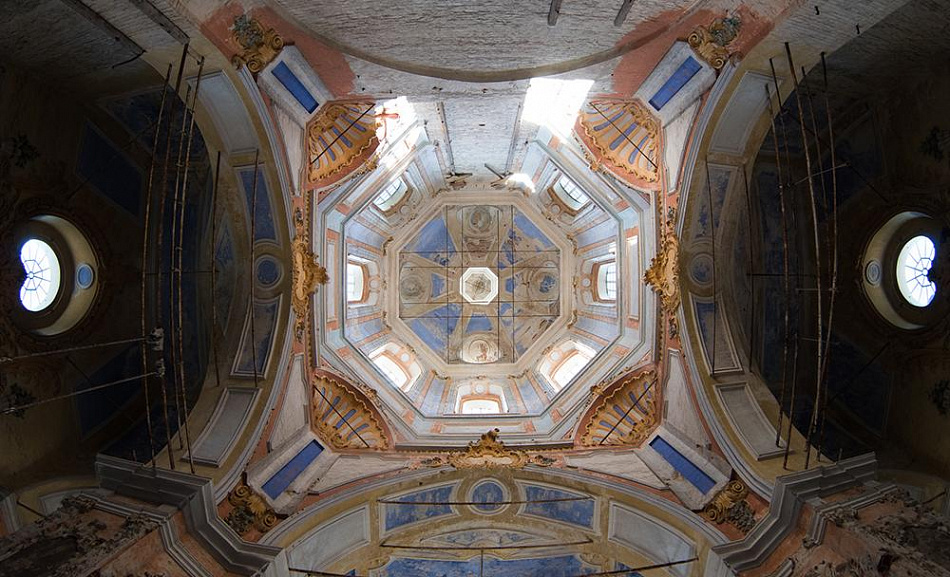 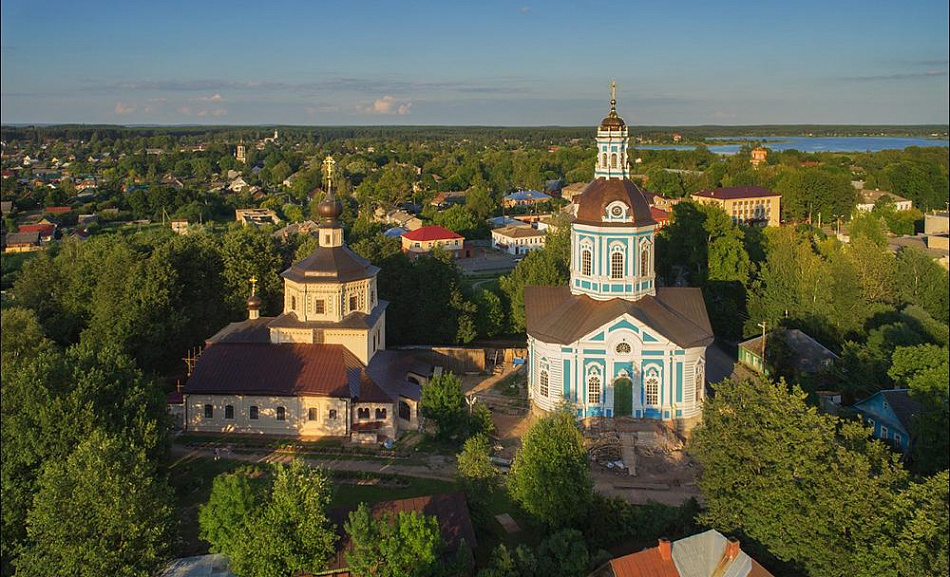 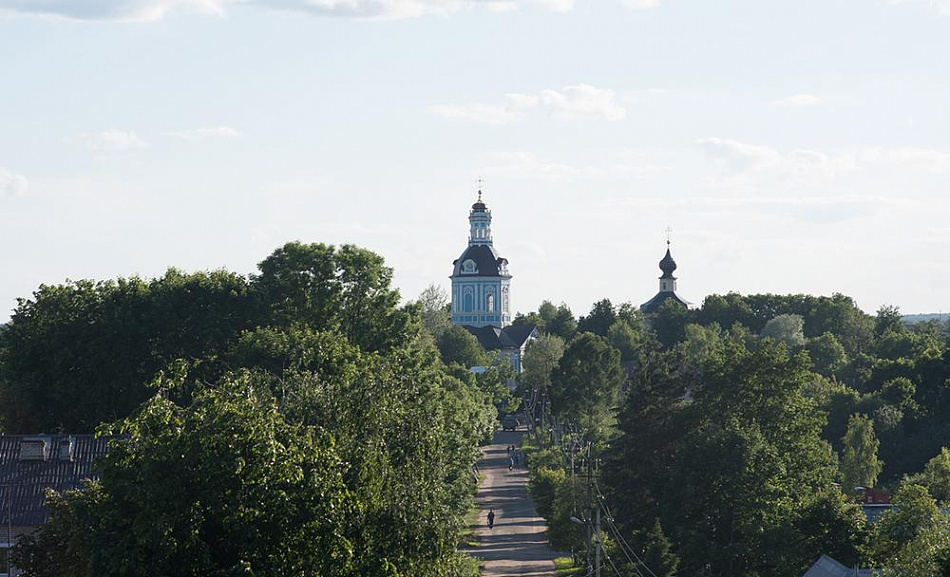 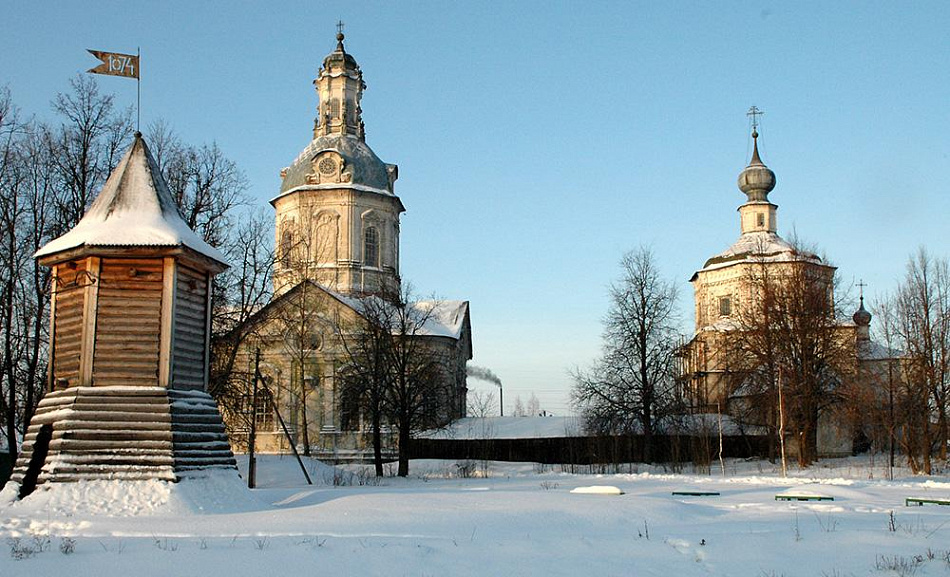 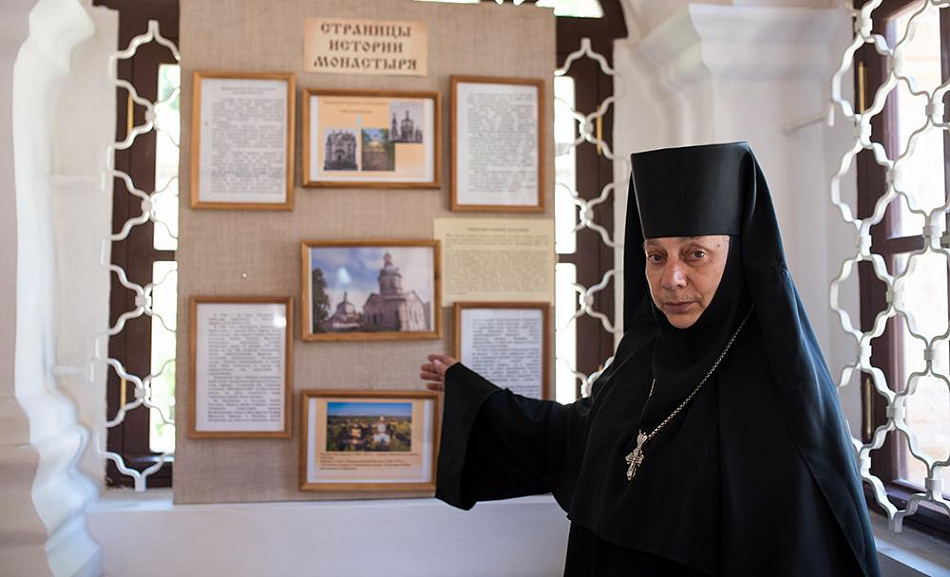 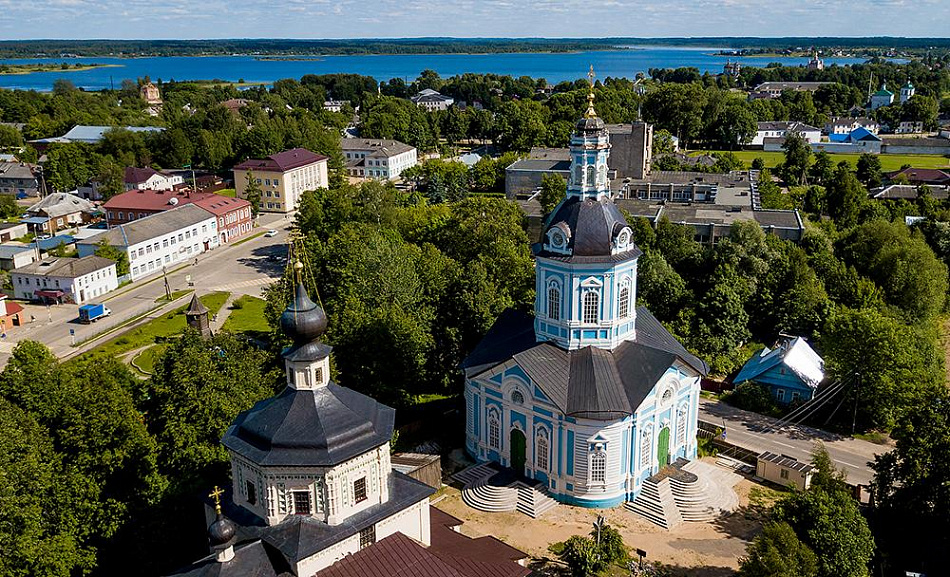 In honor of the 140th anniversary of the birth and 80th anniversary of the blessed death of Patriarch Tikhon in his homeland, in the city of Toropets, at the request of the Archbishop of Tver and Kashin, Victor, the Holy Synod of the Russian Orthodox Church on October 6, 2005 decided to open the monastery for the revival of monastic life with the appointment of the abbess of the monastery nun Ioanna (Kalashnikova Margarita Arnoldovna). The community was created on the site of the former "Nikolaev special" monastery of the city.

The male "Nicholas special" monastery was built on the outskirts of Toropets to protect it from enemies (Poles, Lithuanians).

In the documents examined, there is no information about the time of creation and the name of the founder of the Nikolsky Monastery of the city of Toropets, but it can be assumed that the monastery arose after the foundation of the city - in the second half of the 11th century.

Based on the materials that have been preserved, we can conclude that the Nikolsky monastery, the so-called "Nikolayevsky special", was quite prosperous, had land, received sacrifices from both local residents and zealous pilgrims, and therefore prayed fervently for them. It was located on the shores of Lake Zalikovye, but after moving the city to a new location in the 16th century, it changed its location. One of the first written records of the monastery dates back to this time.

After being moved to a new location, the monastery retained its main purpose - to protect the city. The monastery was located inside the walls that surrounded the posad, near the Moscow tower, the gates of which were called Nikolsky in the monastery.

According to the Toropetskaya Scribe Book, which is considered the most ancient scribal book that has survived to our time, except for the well-known Novgorod scribal books of the late 15th - early 16th centuries, in 1540 there was a wooden wooden church in the monastery, in the name of the miracle worker Nicholas with the Intercession chapel Blessed Virgin Mary. At that time, the abbot, priest, deacon and 40 brethren lived in it. The monastery enjoyed the right to fish in several lakes; he owned the Goltsev pillowcase, on which he was in the old days, part of the mill on the Ukleinka River, as well as a small capital of 26 rubles, which the monks gave in growth; from the Moscow Grand Duke they received annually 6670 quarters of rye and 60 quarters of oats each.

Subsequently, the church of St. Nicholas had its own parish, and, as a result, the monastic income increased significantly.

In 1666, the construction of the stone St. Nicholas Church began in the monastery. On April 29, 1697, the temple was consecrated. The church had two thrones: the main one, the cold one - in the name of St. Nicholas the Wonderworker and warm - in the name of St. Sergius of Radonezh. According to the clerical register for 1900, which is kept in the State Archives of the Pskov Region, in the Nikolskaya Church there was an ancient miraculous image of St. Nicholas brought from Greece. At the beginning of the XVII century. the icon was already revered as miraculous.

In 1764, by order of Catherine II, the monastery was abolished. Nikolskaya church becomes a parish. In 1766, a parishioner of the Nikolsky Church, Yakov Vasilyevich Tufanov, began construction "at the Church of St. Nicholas, a separate Church of the Intercession of the Most Holy Theotokos", which marked a new stage in the development of Toropetsky architecture. The Church was consecrated on October 19, 1774.

According to the clerical statement for 1900, the church was richly decorated with stucco molding, decoration and painting, covered with sheet iron, the cross was gilded with a double. There were brick porches on three sides, paved with cast iron tiles. The altar and side-altars were also paved with cast iron tiles. There are two windows in the altar, and one in the side-altars, with wooden frames, bars and iron shutters. The church has 18 windows, 8 of them with iron bars, 3 doors. The iconostasis was carved, covered with pure gold. The Royal Doors - carpentry with carvings, gilded at the edges with red and double gold. On them - the image of the descent of the Holy Spirit on the Apostles, above them - a radiance, gilded with red gold. On the left side - the temple image of the Protection of the Most Holy Theotokos, on it there are two crowns of gilded silver.

The Royal Doors in the adjoining churches of St. Apostle and Evangelist John the Theologian and St. Jacob the Confessor, Bishop of Catan (Sicilian) were carved, gilded with red and double gold. At the southern wall of the church, in the middle of it, there was an image of the Korsun Icon of the Mother of God in a gilded carved icon case, on it there were two chased silver crowns and a pearl rim.

In 1876 the Kazan Church was added to these churches.

In St. Nicholas Church there were three processions of the cross: 1) on Easter after Vespers, 2) on the day of the transfer of the relics of St. Nicholas - 9.05, for which the Korsun Icon of the Mother of God was brought from the Korsun Cathedral of the Mother of God, 3) on the first Sunday after the Ascension of the Lord, in memory of the deliverance of Toropets from the fire (from the Nikolskaya Church to the Church of the Nativity of the Blessed Virgin Mary).

In the Church of the Intercession there were two processions of the cross: 1) common for all the Churches of Toropets with their temple icons - the Protection of the Most Holy Theotokos and St. Nicholas to the Korsun Epiphany Cathedral, and from the Cathedral around the whole city. Installed on the occasion of the deliverance of the city from cholera in 1831, 1848, 1852. and takes place on the 1st Sunday after 8.07. 2) October 1, the day of the Intercession of Prsv. The Virgin from the Cathedral with the Korsun icon of the Virgin and back.

With the Holy Cross, the clergyman visited the parishioners on all church holidays, as well as on Christmas, Epiphany, Holy Easter and August 1. According to the memoirs of contemporaries, the churches were closed in the 30s of the 20th century, at the same time the bell tower was blown up. Despite everything that Nikolskaya and Pokrovskaya churches had to endure after 1917, they still impress with the beauty of their forms and their former splendor.

Currently, the territory of the monastery includes - two churches, three houses and outbuildings.