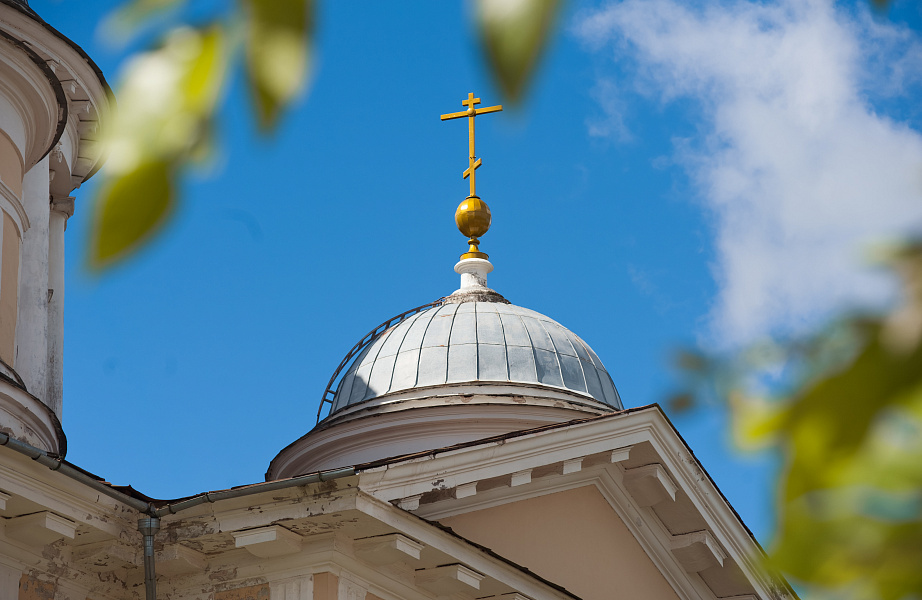 In ancient times the prince's residence in Torzhok was the Upper hillfort and the boyar center was the Lower hillfort, where the wooden Saviour's Transfiguration church stood. In Febraury 1238 it was burned and captured by the city troops of Khan Batu marching to Novgorod. In 1364 the first stone church was erected on the same place. The present Savior's Transfiguration Cathedral (Spaso-Preobrazhensky) (1822) was built according to the project of the famous architect Carlo Rossi. During the construction of the cathedral the relics of the holy princess Juliana of Tozhok who died tragically in Torzhok in 1406, were uncovered.