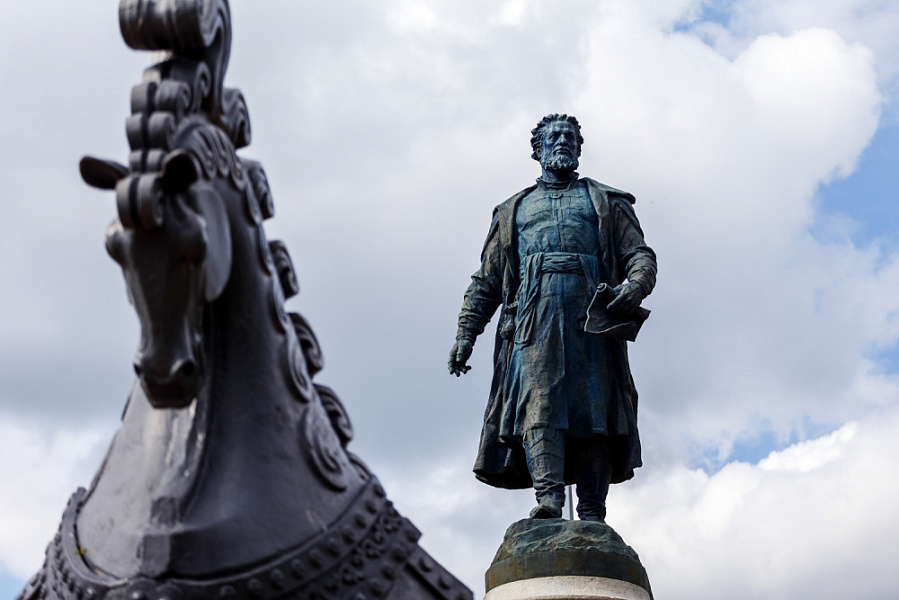 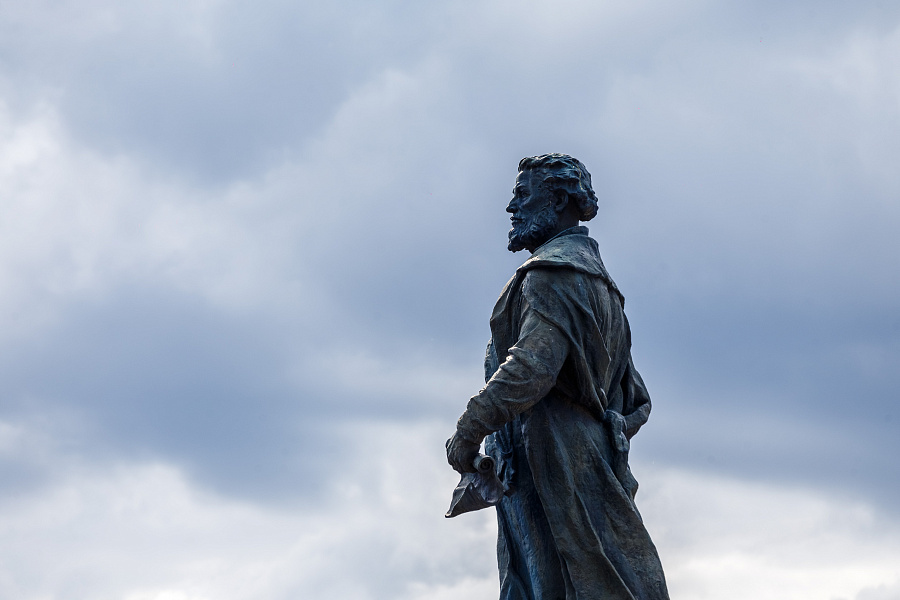 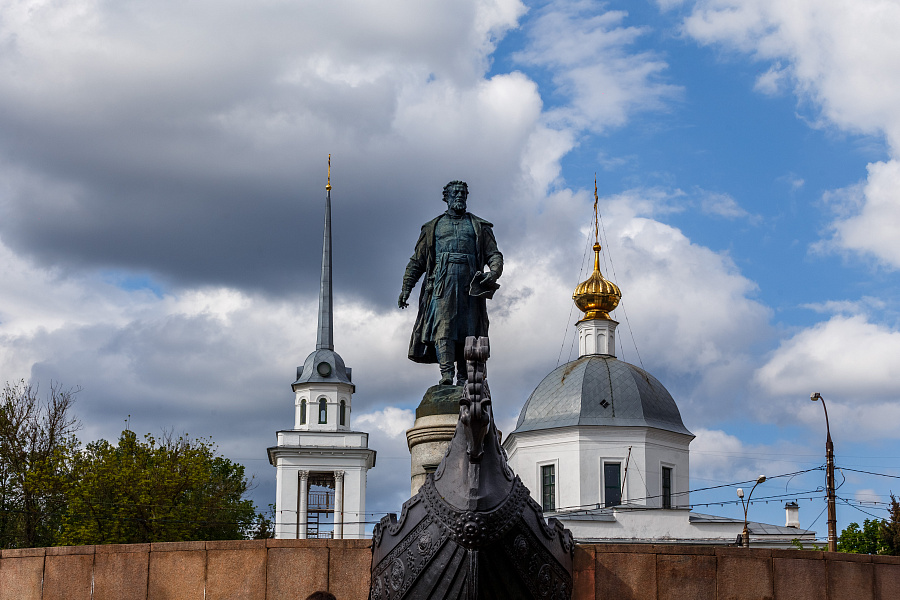 Monument to Afanasy Nikitin is located on the left bank of the river Volga between the New and Old Volga Bridges on the quay of the same name. It is a real city decoration. The authors of the monument are sculptor S. M. Orlov and architect G. A. Zakharov. The monument was installed in 1955. A four-meter bronze statue is located on granite pedestal of the same height. The symbol of the long sea journey is a cast-iron boat, an observation deck advanced towards the Volga. Portraits of Afanasy Nikitin have been lost, so the monument portrays the image of a Russian merchant with the features of the Russian people. Tver merchant Afanasy Nikitin was the first European man who  traveled to India from 1469 to 1472 (according to other sources from 1468 to 1474). Nikitin had described his journey in the "Journey Beyond Three Seas" book.