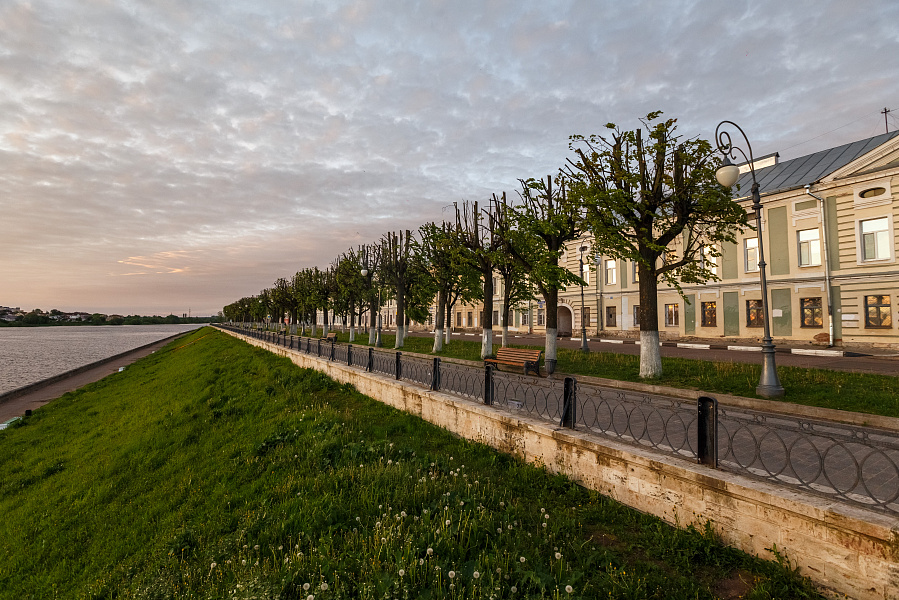 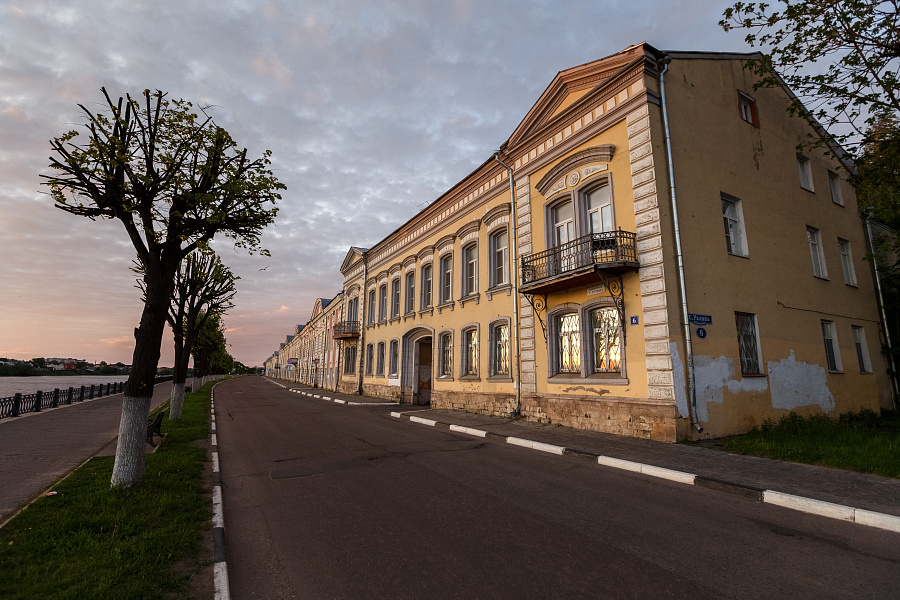 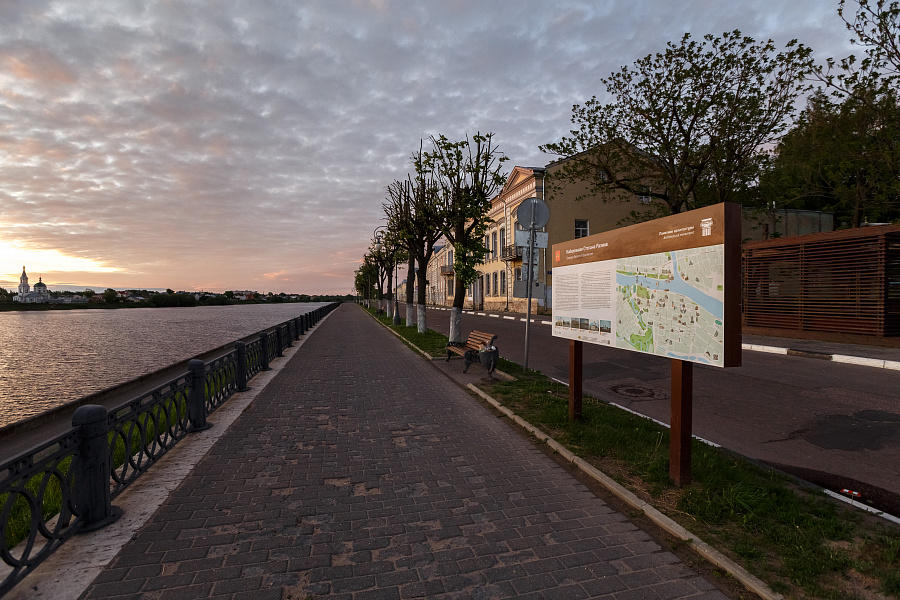 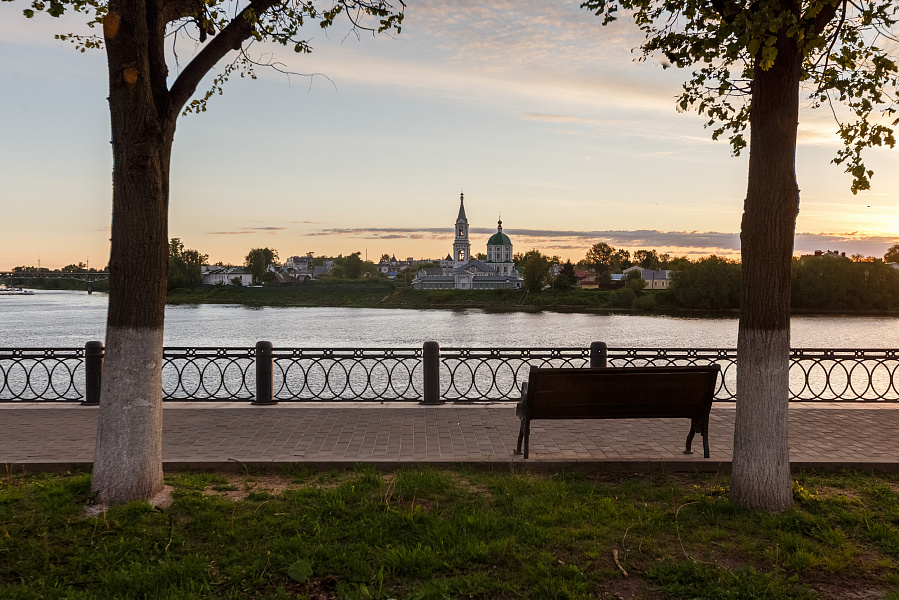 Stepan Razin’s Quay is one of the favorite places for walking of residents and visitors of Tver in the past and at present. The Quay was named in honor of Stepan Razin, Don Cossack in 1923 (formerly known as the Volga River Quay). Beautiful views of Zavolzhye (beyond Volga area) and Zatverechye (beyond Tvertsa area) are open from the Stepan Razin’s Quay. Residential homes on the Quay constitute surprisingly integral and harmonious architectural ensemble of so called "unified facade" which decorated Tver  during the regular development in the 1760s. The development of the Quay was associated with the names of outstanding architects Matvey Kazakov and Carlo Rossi who worked in Tver.