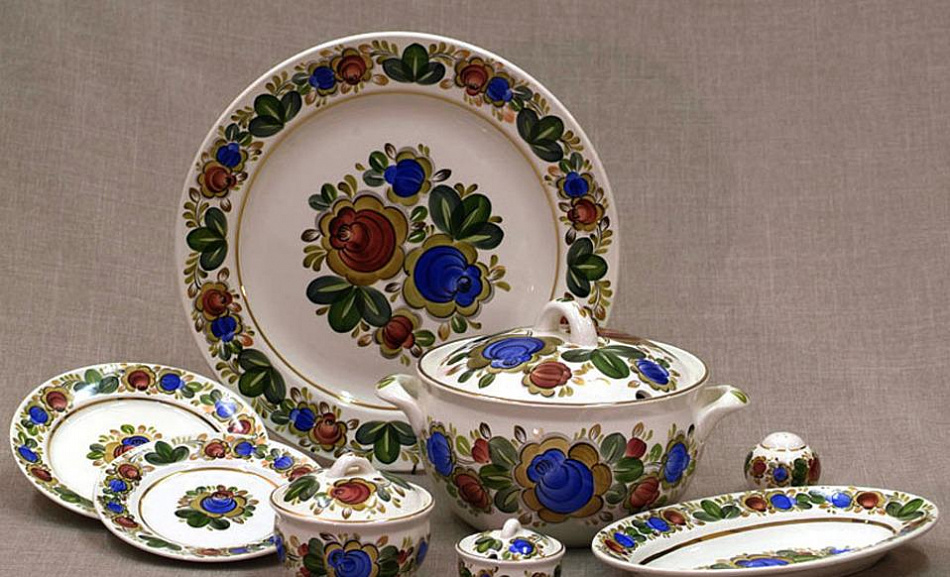 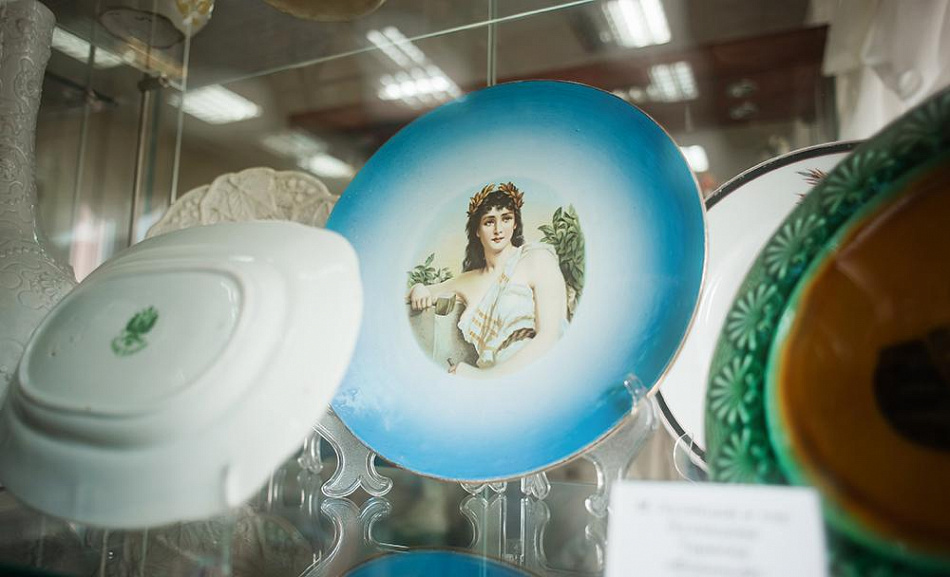 The history of the city of Konakovo began with the fact that in 1809 the Bohemian pharmacist Friedrich Christian Brinner opened a faience factory in the village of Domkino of the Korcheva uyezd in the Tver province. A year later he sold it to the Livonian pharmaceutist A. Ya. Auerbach. New owner of the factory, consisting of several sheds and hovels, set himself an ambitious task: to drive the imported faience out of the Russian market. In 1829 the transferred the production to the neighboring village of Kuznetsovo. In  the factory the products were painted with cobalt, decorated with multicolored decor. Porcelain of the Auerbach factory started to favorably complete with the Chinese one. The quality of the products was so high that the members of the imperial family became the customers of the table sets.In 1812 the table set for the Grand princess Ekaterina Pavlovna – the sister of Alexander I and the wife of Tver governor-general, the prince Oldenburg was ordered to the factory. In 1833 at the Third Exhibition of Manufactory Products in St. Petersburg Auerbach had the honour of winning the highest award –-the right to use the State Emblem on the products.In 1870 the factory was bought by "king of Russian porcelain" Matvey Sidorovich Kuznetsov. The Kuznetsov factories products were sold not only throughout Russia, but also abroad – to Persia, Turkey, at the Balkan Peninsula. The best samples were constantly  shown at Russian and foreign exhibitions. So, for the huge faience-enamel iconostasis, made according to the sketches of the famous architect V.A. Kosyakov, the Russian masters received the Grand Prix at the World Exhibition in Paris in 1900. For 10 years M. S. Kuznetsov annually supplied utensils to the Imperial Court.

After the revolution the plant was nationalized, it  was named after  M. I. Kalinina and in 1929 the settlement of  Kuznetsovo was renamed into the working settlement Konakovo in the memory of the deceased revolutionary P. P. Konakov. In 1937 the settlement was awarded with city status and became the regional center instead of Korcheva which was flooded with waters of the reservoir.

In the Soviet period Konakovo faience factory became the leading enterprise in its industry. The Konakovsky faience can be considered a model of high art. Nowadays several shops have revived the manufacture of faience and majolica; the exclusive products are manufactured according to the sketches of famous pottery designers.