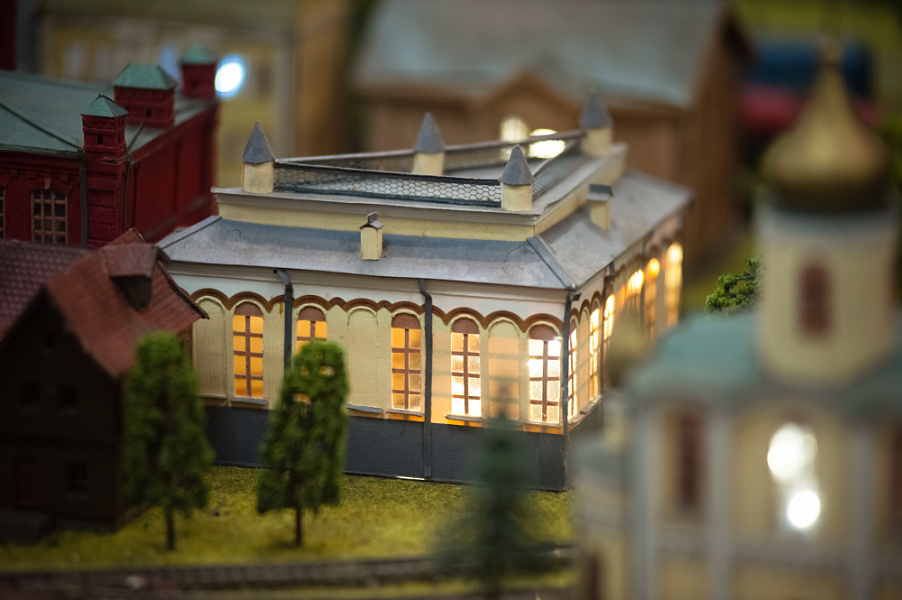 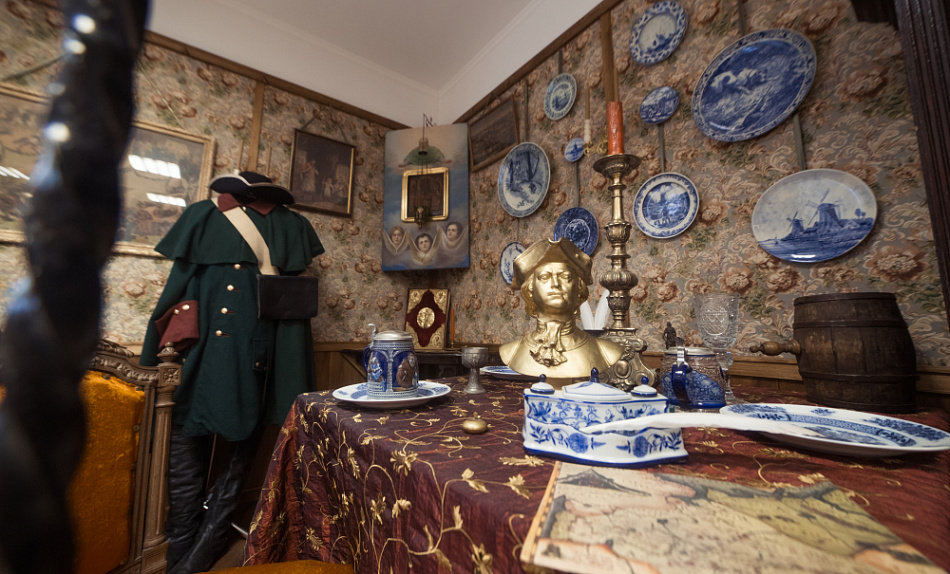 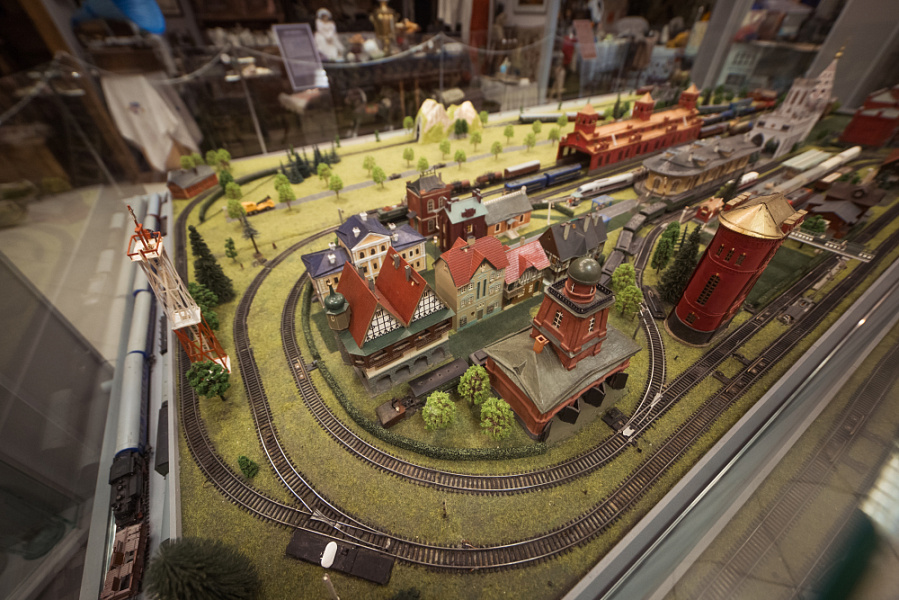 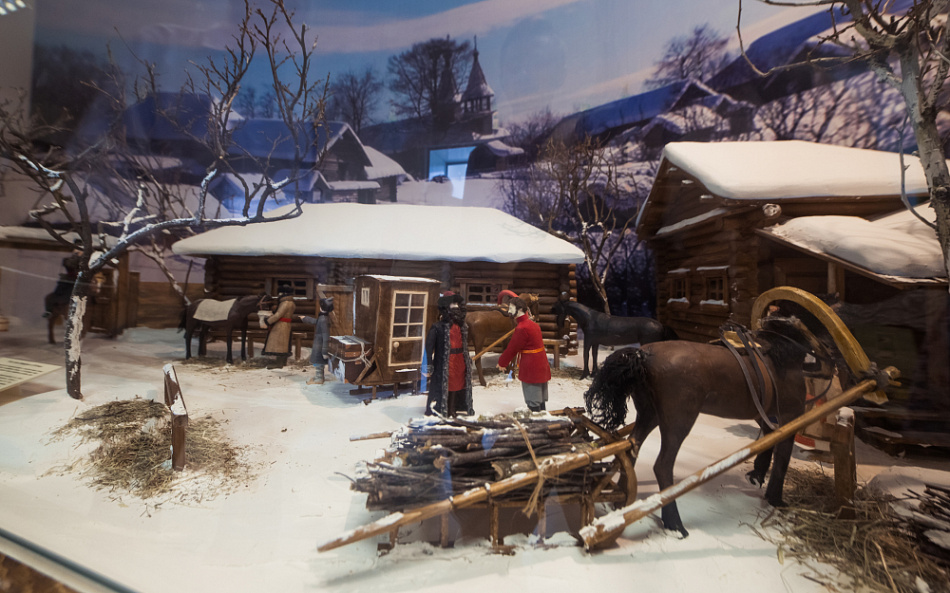 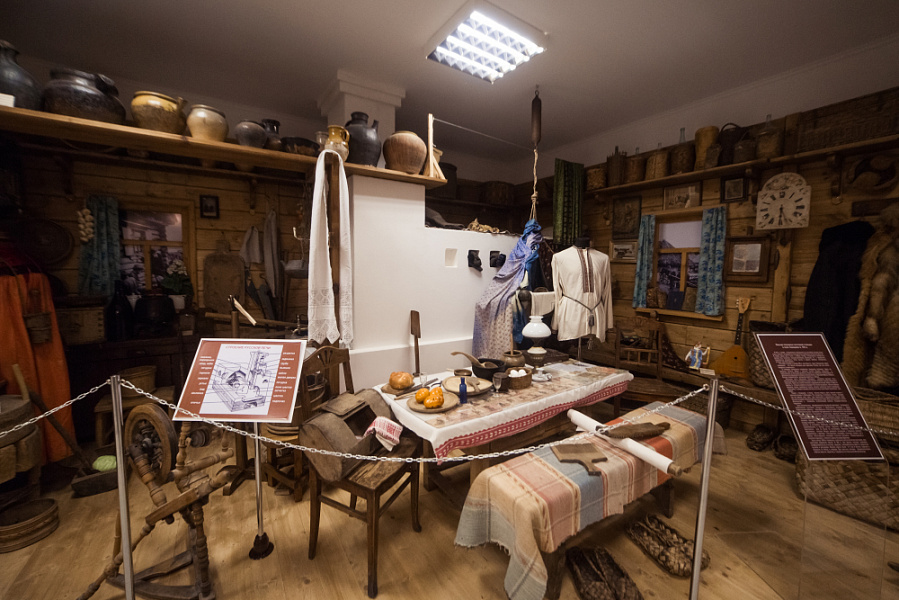 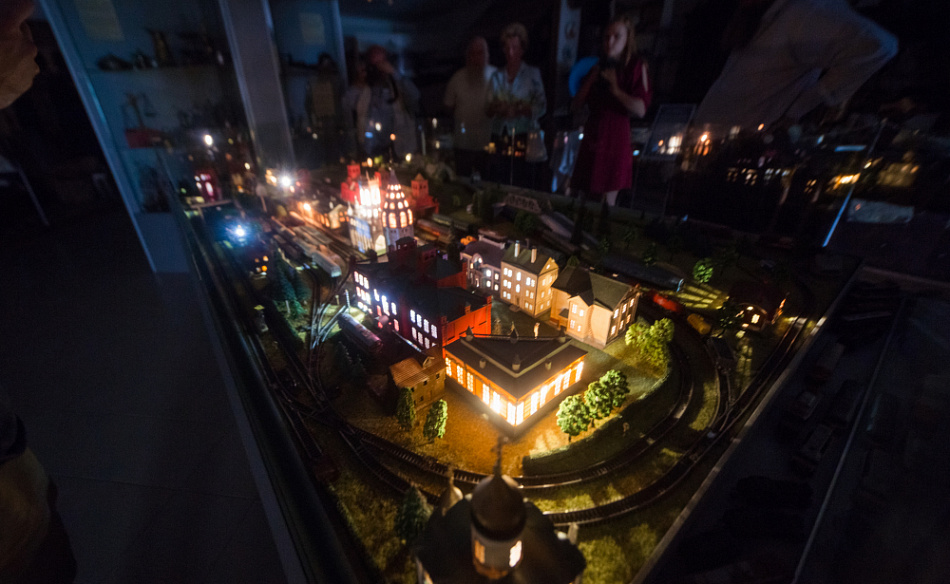 The State Road Museum is located on the territory of a unique temple complex of the XVII-XIX centuries.

The history of the most famous Russian highway – the Tsar's Road connecting the two capitals is kept here.

The entire journey from Moscow to St. Petersburg was 728 versts or 778 kilometers. Travelers covered this distance in different ways. The time spent on the road was strongly influenced by weather conditions: in winter and summer, we got there in an average of three days, in the off-season we could travel for 10 or more days.

Distinguished travelers were always accompanied by servants and impressive luggage. They carried with them travel samovars and cutlery, clothes, toilet articles, books, needlework, bags and suitcases. In a separate showcase, lighting devices of the XIX – early XX centuries are presented: lanterns for lighting the carriage, brushes for cleaning lanterns from soot and dirt, containers for oil and kerosene.

At the beginning of the XIX century, the post station consisted of two rooms: in the guest half, travelers could relax and have a snack, in the other part, coachmen lived. Horse harnesses were stored in the hall.

At the beginning of the XVIII century, stone and wooden Travel palaces began to be built along the sovereign's road. Catherine the Great stayed at the local "The  sovereign's bright room", Princess Volkonskaya was impressed by the delicious food and the cleanliness of the rooms.  There were 11 stone travel palaces on the" Sovereign's Road" by the beginning of the XIX century. Most of them have survived to this day.

The center of the museum hall is occupied by a model of the Nikolaev railway.

Only here are unique exhibits: the gift of Ivan the Terrible, according to which he gave Zavidovo to the Archangel Cathedral of the Moscow Kremlin; the canopy with the crown of the House of Romanov remained after being in the funeral procession in Zavidovo – Emperor Alexander I, who died in Taganrog, was taken to St. Petersburg along the sovereign road. It is significant that in 1801 Alexander I was traveling through the village of Zavidovo to his coronation in Moscow.

The peasants who lived along the tsar's road made sleds, wagons, carts – everything that could be useful to travelers. These and other facts are reflected in the exhibits of the Sovereign's Road Museum. You can buy a ticket on the territory of the temple complex. The museum is open daily from 10 to 16 hours.