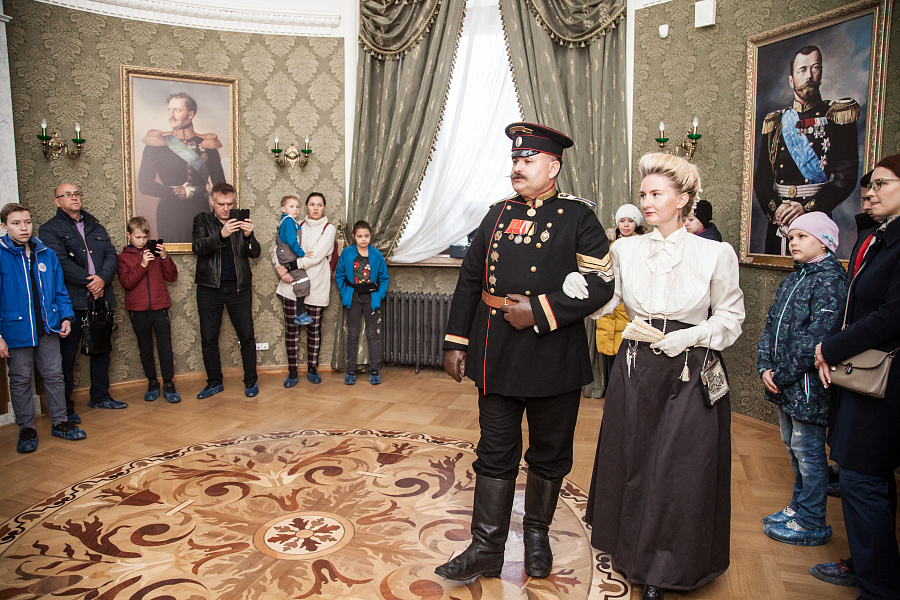 Vaulted ceilings, antique fireplaces, stucco work and exquisite chandeliers with wrought - iron coats of arms, monumental oak-framed windows with marble sills include the historic Tsar's station, which opened its doors back in 1851, it is now accessible to any passenger.
The imperial apartments of the Tversky railway station were intended for the rest of the august persons traveling from St. Petersburg to Moscow and back. In different years, Alexander III, Prince and Princess of Oldenburg, Nicholas II stayed here.

The pearl of the imperial chambers is considered to be a Round room. In it, Nicholas I received high-ranking officials and important people. The floor in the room is covered with oak parquet with elements of walnut, birch and ash, the walls are decorated with silk wallpaper, and the fireplaces are lined with marble. On different sides of the imperial chambers there are women's and men's rooms. They are absolutely identical to each other, the only difference is in the color of the wallpaper. The female has a floral pattern, the male has stripes.

You can visit the imperial chambers around the clock.