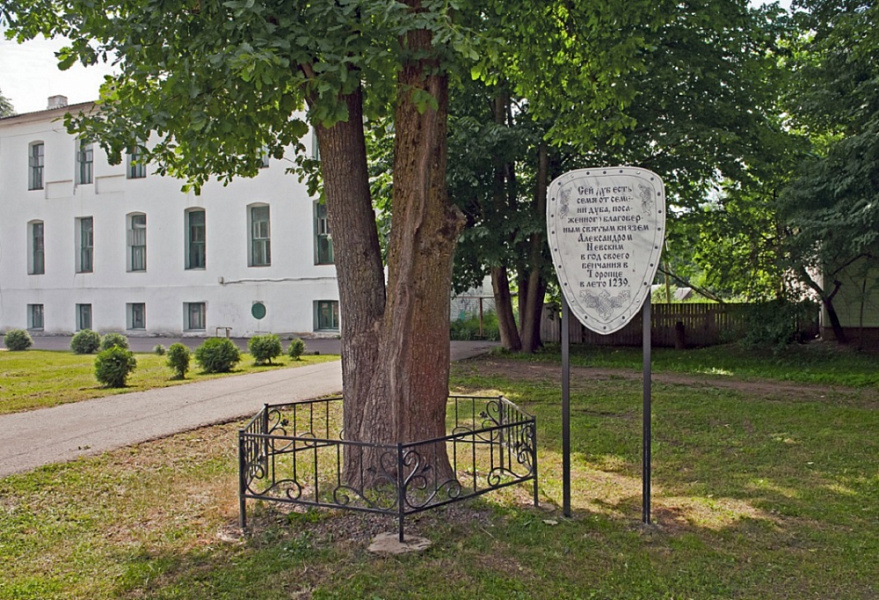 The residents of Toropa have honored the memory of Alexander Nevsky for many years. In Toropets, a street and a central square are named after him.

One of the legends about the prince is associated with an oak tree planted on the shores of Lake Nagovskoye. In 1239, returning to Novgorod after a wedding in Toropets, Alexander Nevsky and his young wife made a halt at Lake Nagovskoye. Struck by its beauty, the newlyweds planted an oak tree in memory of the wedding. The oak has taken root, has grown, got stronger, has gone through a lot. During the war years, either from lightning, or from a Molotov cocktail, in a giant tree (its diameter was, according to the recollections of old-timers, a meter and a half, if not more) a large hollow burned out. And in 1978 the oak caught fire a second time and collapsed. He was then 739 years old. But the thread of life was not interrupted: an oak-seedling from the place of the fallen giant was planted on Krasniy Val in Toropets, opposite the secondary school No. 1.